Liverpool Exhibition Centre shows increase in bookings ahead of opening

Another round of bookings have been confirmed for ACC Liverpool’s new Exhibition Centre, six months ahead of its opening in September. 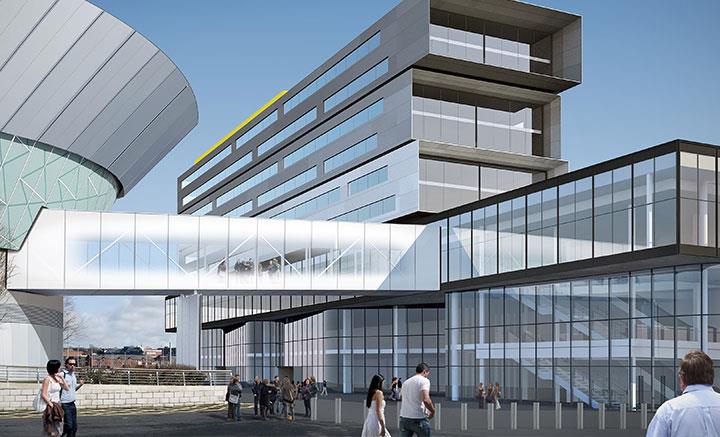 The £40m Exhibition Centre Liverpool secured its first international business win in November and is now set to host the lifting show LiftEx and the Ultimate Christmas in November.  These will be followed by The North of England’s Largest Antiques and Collectors Fair in February 2016.

In total, these events are expected to attract 25,000 visitors.

The exhibition centre is due to open in September and will include a £26m integrated 216-room Pullman hotel, which is taking bookings from January next year.

Both venues will be interconnected to ACC Liverpool, which currently comprises BT Convention Centre and Echo Arena, via a pedestrian link bridge.

“These latest confirmations highlight the diversity of events that we will be able to host at Exhibition Centre Liverpool, from large trade to consumer exhibitions.

“The venue is rapidly progressing and, with just six months to go, we are working closely with organisers to secure a comprehensive programme for when we open our doors.”

The Allergy and Free From Show North and UK Baby and Toddler Show, organised by UKFE, will move from ACC Liverpool and grow in the new centre from 2015.

Conferences including RenewableUK in October this year and the European Association for International Education (EAIE) in September 2016 are also in the diary.

“The development of Exhibition Centre Liverpool will enable us to bring our event not only to Liverpool for the first time but to a new venue – it’s an exciting period for all our teams involved.

“The development is progressing extremely well and we are confident that we will host a successful event.”

The opening of Exhibition Centre Liverpool will more than double the existing 7,125sqm of exhibition space at ACC Liverpool to 15,225sqm and the waterfront venue will become the only purpose-built interconnected arena, convention and exhibition centre in Europe.

Liverpool One to watch in 2015