A major campaign has been launched to secure £1bn of rail improvements which would transform the North Wales and Cheshire regional economy and deliver 70,000 new jobs over 20 years. 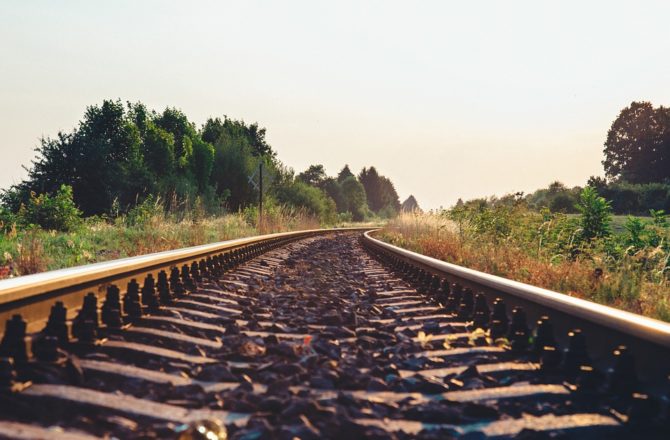 The campaign – called Growth track 360 – is being led by a cross-border alliance of business, political and public sector leaders.

If successful, it would lead to a massive boost to the North Wales, Cheshire and Wirral economies, linking them with the planned HS2 line between London and the North of England.

The campaign is calling for:

Linked to the proposals would be improvements to stations to upgrade facilities and capacity and the creation of a smart ticketing system to make journey planning cheaper and easier.

Also being sought is a new approach to franchises to improve services and upgrades to signalling and line speeds to enhance journey times.

Initial research suggests delivery of the improvements would lead to an estimated 70,000 new jobs across the North Wales and Mersey Dee region and the fast-tracking of economic growth so that GVA  (the value of goods and services produced each year in the region) grows to £50.5bn in 20 years.

The proposals are regarded as an integrated and linked package of long term investment that will require sustained commitment to drive passenger use, reducing reliance on road transport.

Cllr Dilwyn Roberts, Leader of Conwy County Borough Council, said: “Our vision is for a smart, modern and integrated public transport system which can help us unlock the region’s full economic potential, ensuring we can fulfil our status as an integral part of the Norther Powerhouse and help to address the imbalance in the UK economy.”

“This investment is essential if we are to create opportunities for generations to come. This investment would increase productivity and economic growth, increasing tax revenues and reducing unemployment across the region.”

“It is vital that our region gets this investment if we are to attract inward investment and talent. We have economic and business assets of national and international significance but cannot make the most of these without a rail system which meets our needs for the future.”

“Wirral is recognised as the number one location in the North West for clean energy engineering, and linking our economy to manufacturers in Cheshire and North Wales with a fast, reliable train service is long overdue. Moving goods and people between the Dee and the Mersey is fundamental to the continued growth of the region. Building a 21st century railway connecting Wirral to north Wales, Holyhead and beyond is a vital infrastructure project the Government should throw its weight behind.”

The campaign has already secured support for businesses across the region and has published a prospectus – Growth Track 360, Connected within an hour – which is being presented to senior Government figures in London and Cardiff.

The campaign will also be lobbying senior rail industry figures to make the case for the investment.

“We are clearly pushing for a substantial and complex investment, so at this point our ask of Government is to commit to sufficient funding to establish a rail industry group to support our task force in commissioning feasibility work on the project so that a robust and detailed investment case can be made.