Customer service in Liverpool ‘one of best in UK’

Secret shoppers have given a big thumbs up to Liverpool’s shops, hotels and eateries, in a record breaking mystery shop survey. 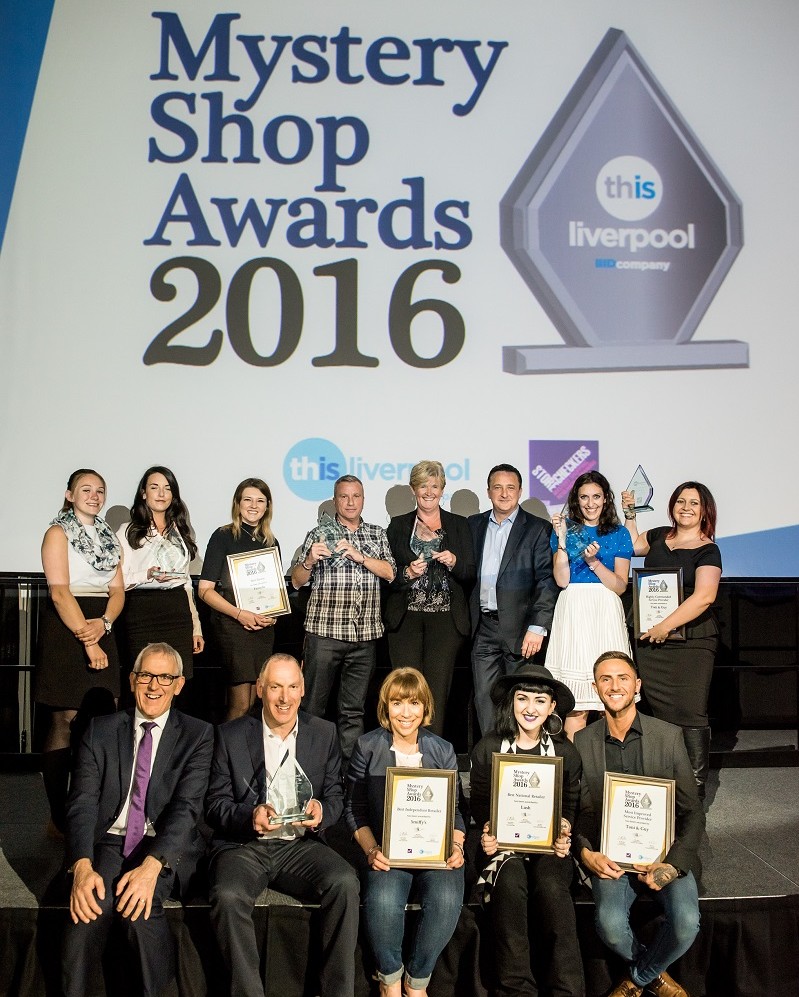 A record total of 200 city centre businesses – from independent cafes, restaurants and hotels to national retail chains – were assessed this spring for their customer service and collectively scored a 84% approval rating.

Of those secretly shopped for the 7th annual survey, commissioned by Liverpool BID Company, 17 businesses scored a perfect 100% – with five repeating the top score from the previous year.

A total of 61 businesses scored between 90%-99% whilst just 28 attained a mark below 70% in the independent assessment.

And in the dining section, in which 73 eateries were assessed, the secret shoppers gave an average 85% rating – with three eateries attaining 100%.

Those which scored a 90% or better rating and eight category winners (see list below) were honoured at an awards ceremony last night (Thursday, 26 May) in The City Of Liverpool College on Roscoe Street, hosted by comedian and actor Neil Fitzmaurice.

The independent survey was conducted by North West based market research company Storecheckers.

Jeff Caplan, Managing Director of Storecheckers, which provides surveys across the UK, said:

“Customer service in Liverpool is one of the best in the UK – and it is a credit to the city that so many businesses have achieved such a phenomenally high consistency over several years.

“Shoppers and diners are a huge driver for any city centre economy and it is vital they receive the very best service because that human touch is the one major advantage the high street will always have over the internet.

“Liverpool BID Company should be applauded for their commitment to supporting staff training and the city’s business community are clearly benefitting.’”

As a follow up to the awards, 1-2-1 feedback sessions will be provided by Storecheckers at the BID Company office on Lord Street on June 1st, 2nd , 6th and 8th.

“To have assessed 200 businesses and find the customer service at such a high level speaks volumes for Liverpool’s retail, leisure and dining sector.

“The BID team work very hard to support businesses in driving up standards and we’ve been delighted with their commitment to the training opportunities we offer to support their staff.

“There’s always room for improvement and we’ll be working with various training providers to continue to help our businesses build on these tremendous results.”

The Mcmanus for the job