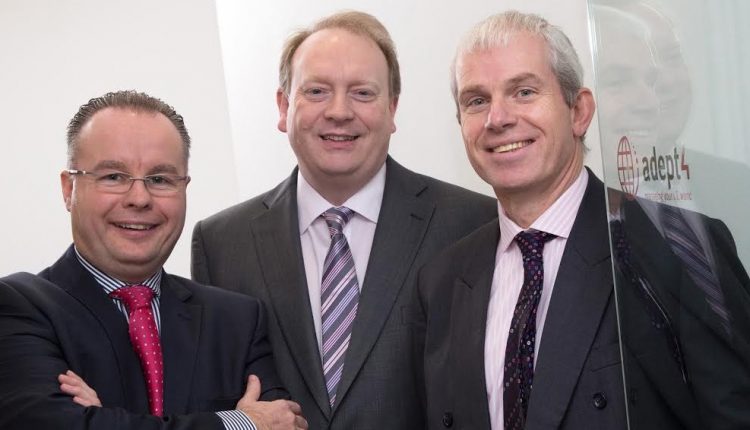 Employees at the Daresbury-headquartered IT services provider, adept4, will now earn the Living Wage, after the firm gained official accreditation this month.

The Living Wage is higher than the minimum wage and is calculated according to the basic cost of living in the UK. The Citizens UK initiative, which has received widespread public backing, is designed to lift people out of poverty and ensure that they are earning enough to provide their families with the essentials of life.

adept4 employs around 50 staff across offices in Daresbury, Aberdeen and London, who will all be affected by the accreditation. As part of the certification, adept4 has also committed to ensuring that any sub-contractors employed by the company are paying their workforce the Living Wage.

“Although we were already paying staff above the minimum wage, officially committing to becoming a Living Wage accredited organisation is an important part of our focus on being a responsible employer.

“Ensuring that everyone on our team is receiving a decent wage, which accurately reflects their living costs is an important part of that commitment and we’re very pleased to have received official accreditation. This will help us to continue to attract and retain the very best people and be confident in the knowledge that our team is comfortable and secure and able to focus on delivering the best possible service.

“Working with our sub-contractors to ensure that they are also paying the Living Wage to their workforce is another important element of the accreditation and a great way of enhancing the impact and reach of this initiative across the communities in which we work.”

The last 12 months have been highly successful and busy for adept4. The business has experienced significant growth, and has more than doubled its staff base – taking its team to over 50 people. The company has also seen turnover grow from £3.5 million in 2012 to an expected £6 million in 2014, which is due in part to the successful establishment of its Aberdeen office.

The company has also put a new management team in place, making a series of strategic additions and restructuring the team to prepare for future growth. The new team will play a key role in positioning the company to pursue long-term expansion and help the business to expand without compromising on efficiency, capability or quality of service.