A new pirate inspired rum bar is set to open in the heart of Liverpool’s vibrant Stanley Street. 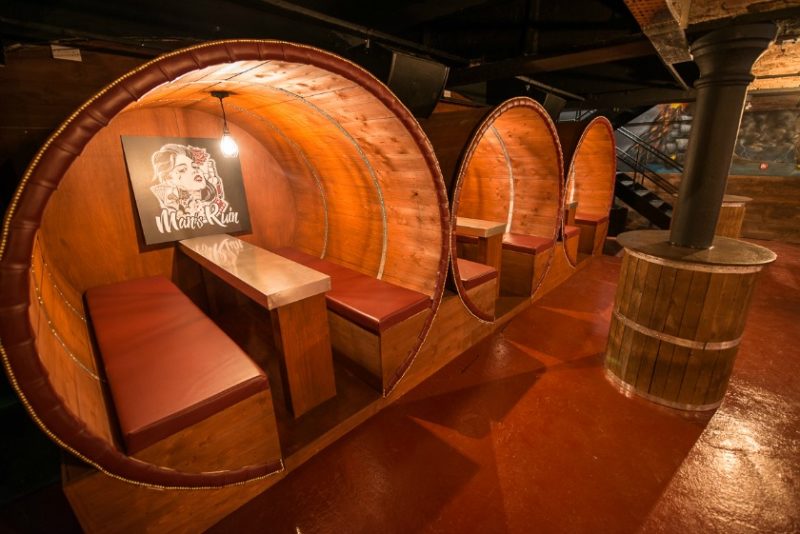 Man’s Ruin will be unveiled on Thursday, August 25, and will provide a refreshing new dimension to the city’s bar scene by combining the look and feel of a pirate ship with aptly paired inventive mixology.

As the brainchild of owners Joe McMahon, Adam Ramsey and Dan Friend, whose ever-expanding hospitality portfolio also contains Graffiti and Wall of Fame, Man’s Ruin will be situated within the trio’s newest property, formerly operating as Wonderland.

“Not to be confused with our recent announcement of the over-21 nightclub Void, Man’s Ruin is a completely separate rum bar housed within the same 10 Stanley Street building. The concept for Man’s Ruin was inspired by a venue that we visited in America as we wanted to introduce something a little more edgy and out-there to this end of town.

“While the original idea was to create a Tiki bar, we decided to expand on this and instead base it around the look and feel of a pirate ship, focusing on rum and things associated with pirates such as women, tattoos, gambling and drinks aka ‘Man’s Ruin’.”

In line with supporting the on-going development of the local area, Man’s Ruin will create 15 new jobs ranging from security to bar and hosting staff.

“We hope that Man’s Ruin will become a firm favourite with local residents, students, corporates and those traveling from further afield for occasions such as hen and stag parties. Given our proven track record for providing a night out to remember, we are very much looking forward to adding a novel new dimension to the city’s world-famous nightlife.

“Man’s Ruin is not just about having a drink in a bar – it’s about experiencing an on-deck atmosphere like no other. Our motto is ‘Work like a Captain and play like a Pirate!’”

Man’s Ruin will open its doors on Thursday, August 25 and will be from thereon open Thursday–Sunday 7pm until late.

Tall Ships Regatta to sail back in to the city