Almost 3,000 new homes are to be built across Liverpool city region supported by a £36m cash injection from Metro Mayor Steve Rotheram.

On Friday, November 26, the leaders of the six local authorities on the Combined Authority will be asked to approve the use of the remaining £36m from its £45m Brownfield Land Fund.

Those projects are a mix of previously approved projects, those identified through an open call with private developers and housing associations, and schemes being built or proposed by the local authorities.

Since the £45m funding was announced in July 2020, the Combined Authority has already invested £11m in seven projects across Liverpool, Wirral, Sefton, Knowsley, St Helens and Halton, which will deliver 886 homes.

In planning terms, any land that has been previously developed is classed as brownfield.  In the city region, much of this land is derelict and formerly industrial so must be cleaned up before it can be redeveloped. The CA investment will be used for site remediation and other measures required to make sites ready for development.

Steve Rotheram said: “For too many people across our region, the chance to own a home of their own remains out of reach. To tackle the housing crisis and help more people realise their home ownership ambitions, we need to take serious action to get more homes built across our region.

“When I was elected, I promised to prioritise brownfield sites for house building and have been working hard to make that a reality. Last year we spent £11m to help deliver almost 900 homes on brownfield sites. We are now looking at another £36m that should take the total to almost 4,000 new homes for people across our region.”

In total, 700 brownfield sites have been identified across the six local authorities of the Liverpool City Region. The updated brownfield register identifies 1,813 acres of brownfield sites which could provide space for more than 42,000 homes, if remediated.

Details of the schemes are as follows: 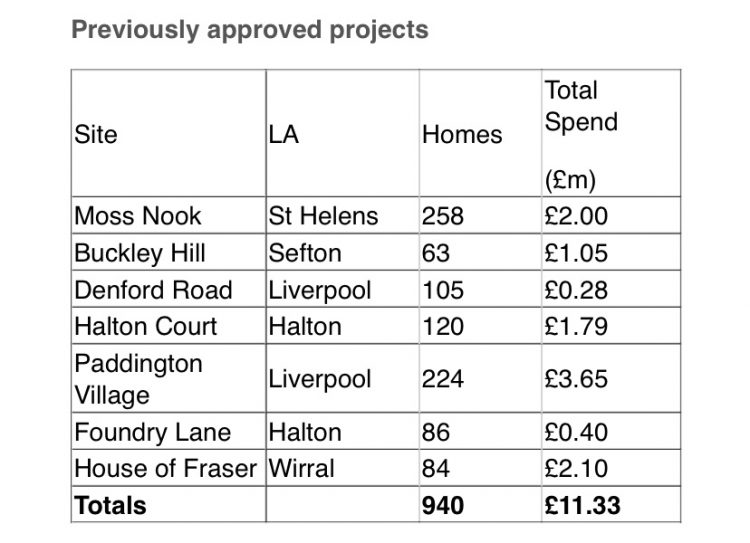 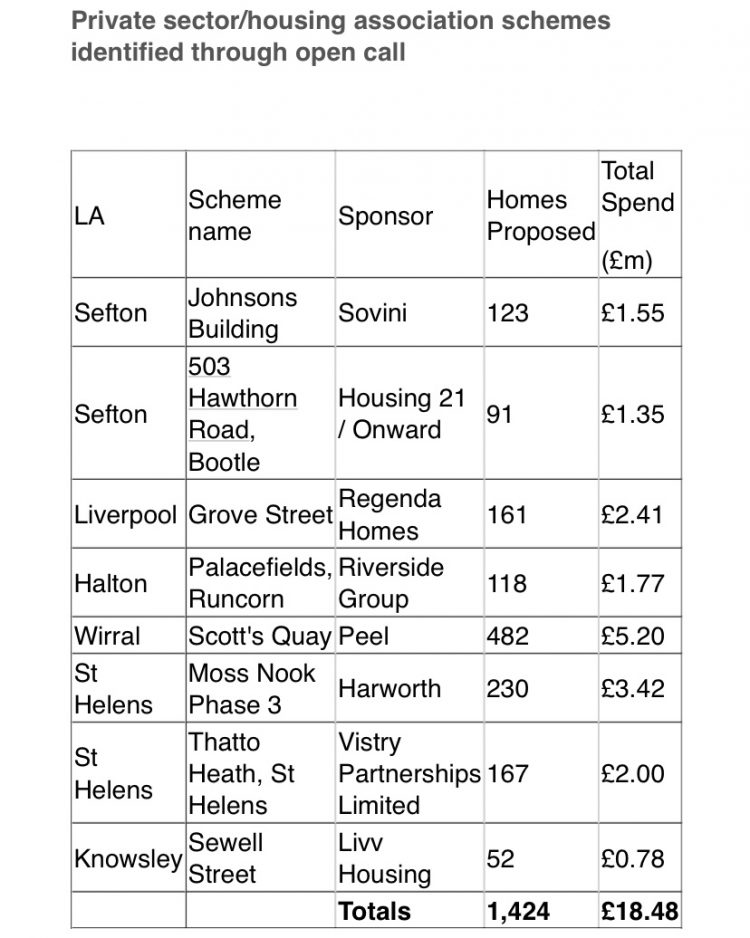 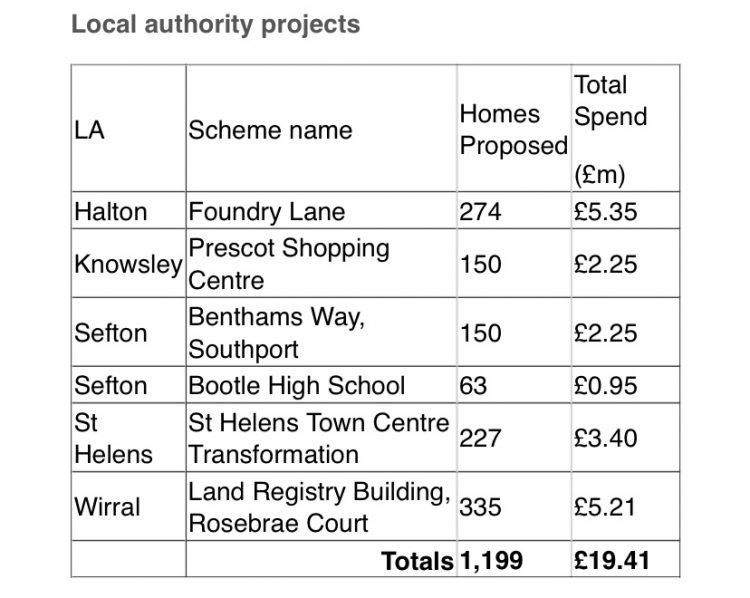