The former head economist of the Government’s Homes and Communities Agency is to lead a North West consultancy’s expansion into London. 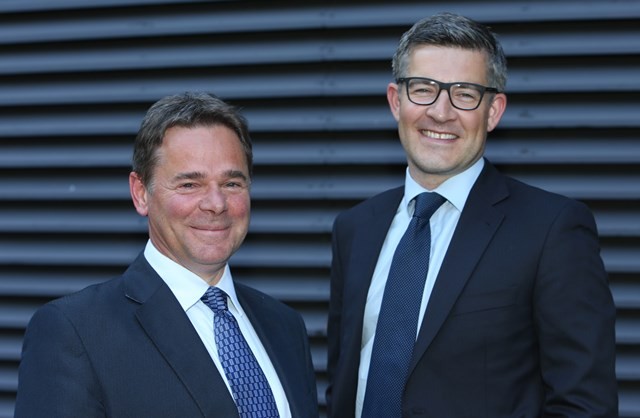 Economic, financial and management consultancy AMION Consulting has appointed Simon Dancer to head-up its new office in the Capital following a period of sustained growth.

AMION Consulting is headquartered in Liverpool but delivers projects on behalf of a UK-wide network of clients.

Mr Dancer is an economist with over 17 years’ experience in regeneration, economic development and housing.

Prior to joining AMION, he was lead economist for the Homes and Communities Agency in London, managing a team of professional economists.

In addition to an extensive understanding of economic appraisal and business case development, Mr Dancer has also helped to author a number of economics policy notes which have become industry standards, one of which was presented to a global audience at a World Bank conference in Paris.

AMION Chief Executive Graham Russell said the London office launch would enable the company to build upon continued growth and better compete for significant London projects involving both the private and public sector.

“The appointment of such a senior and well regarded economist, with such wide-ranging experience, represents a coup for the business and is a reflection of our ambitions.

“Simon brings with him not just expertise and insight but long-standing connections and relationships across a range of Government departments and with key private sector players in urban regeneration, housing and economic development.”

AMION, which has been operating for more than 16 years, provides strategic and technical advice to clients across the UK. In 2014 it launched a specialist visitor economy and leisure advisory service.

The company includes a team of economists, chartered accountants and other professionals.

Its current clients include Peel Holdings, a number of Local Enterprise Partnerships around the country and Your Housing Group. It also works with a number of local authorities, including Birmingham, Liverpool and Manchester councils.

Mr Dancer, who is assuming the position of Associate Director with AMION, said:

“The company is very well placed to take advantage of some very significant business development opportunities arising from the large-scale strategic investment, housing and regeneration plans which are being delivered by public-private partnerships in London and the South East.

“My particular expertise in these areas and the benefits of proximity which a London office provides together give us a compelling and attractive proposition to take into the marketplace.

“I know from my time in Government that AMION enjoys a reputation of national-standing and I am delighted to be joining the team at such an exciting time.”

Carringtons Catering provides Her Majesty with the royal treatment

What will the Brexit mean for exporters?