An exciting month ahead at St George’s Hall

This month, St George’s Hall welcomes a broad programme of entertainment, including a number of talented comedians, legendary music acts and tributes, and there are even some spooky goings on deep in the Catacombs. 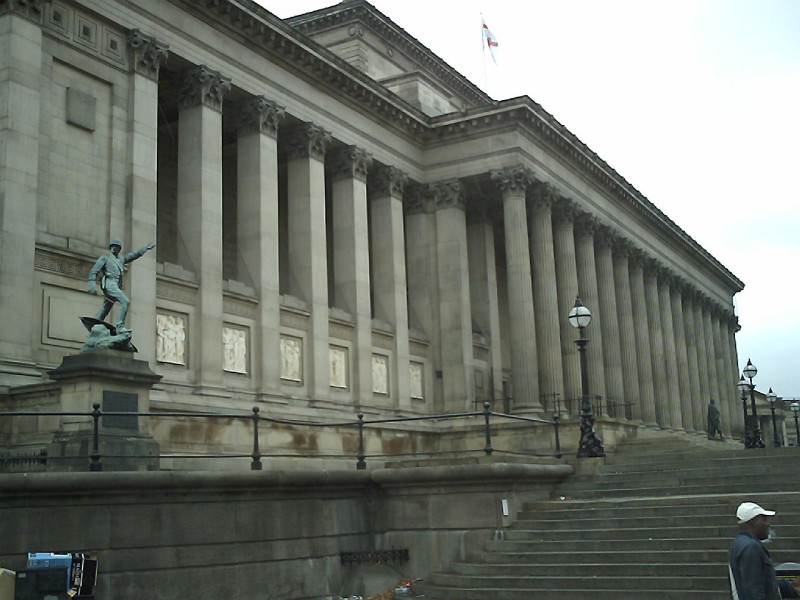 The Queen of UK Soul, Mica Paris will grace The Concert Room on Saturday, 14th May! This stunningly soulful singer will perform some of her top 10 hit songs. Mica Paris first arrived on the scene when she released her worldwide smash hit My One Temptation which led onto her selling her amazing album So Good which reached double-platinum! During her career, she has appeared as a special guest on numerous tours for artists such as Michael Bolton, Dionne Warwick and Chaka Khan. As a live performer, her range, power and sheer soulfulness are undeniable and she dazzles fans, selling out concerts the world over.

As Her Majesty the Queen celebrates a special milestone, where better to celebrate her birthday than the city’s jewel in the crown? The Hall will host A Gala Concert to Celebrate H.M The Queen’s 90th Birthday on Sunday, 15th May. A majestic line-up of entertainment has been planned including to represent all nine decades of the Queen’s life. Highlights include Haydock Male Choir, Northop Silver Band, classical soloist Stephanie Guidera and much more. So be sure to head down to toast the birthday of Britain’s longest reigning Monarch.

Also on Sunday 15th May, comedy royalty is in the house, Russell Kane will be stopping off to entertain the audience with his brand new show about growing up and growing down. Russell is a very gifted comedian taking home numerous awards and stamping his mark in comedy history after being the only comedian to have won the Edinburgh award and Melbourne Comedy Festival’s Barry Award all in one year!  His show appeals to all ages, from young teenagers to the older generation and has sold out shows all across the world – so book your tickets fast!

Celebrate our great British eccentrics on Wednesday, 18th May! Join Robert Powell and Liza Goddard who will enlighten audiences on the colourful English characters who have entertained world over the decades. Robert and Liza will bring you William Cope, The Green Man of Brighton, Joshua Norton, The Self Proclaimed Emperor of America, Lewis Carroll and many more endearing characters. An entertaining evening which is not to be missed!

Uptown girls and boys should head on down to listen to The Billy Joel Songbook performed by Elio Pace and his Band on Friday, 20th May. Following on from Elio’s highly-acclaimed reunion concerts in the USA, Elio And His Band will be performing some of Billy Joel’s biggest hits such as Uptown Girl, Piano Man, Goodnight Saigon and many more classics! Don’t miss this wonderful opportunity to experience The Billy Joel Songbook in this electrifying concert performed by the dynamic singer/songwriter and piano-player, Elio Pace and his magnificent 6-piece band.

The Orchestra dell’Arte continues its musical journey with another celebrity concert in their series on Sunday 22nd May. The centerpiece of this concert features clarinetist Sacha Rattle who will enthrall audiences with his beautiful music. An established soloist, Sacha has astonished audiences all over the world since his Berlin debut in 2009 and is a well-known figure on the international festival scene. Sacha will be playing a variation of legendary classical music with his clarinet that will blow you away!

On Monday, 23rd May, the historical venue invites people to discover The Catacombs of Liverpool’s Darkest History. Learn all about the most shocking and terrifying murders the city of Liverpool has ever seen and take a spooky tour around the catacombs deep below the hall, in The Killers of Victorian Liverpool. Discover the fate of David Bailey, The Sack Murder, The Death of James Harrison and more if you dare…!

See comedian and writer Mark Steel in his newest stand up show on Tuesday 24th May. In Mark Steel: Who Do You Think I Am? This BAFTA nominee has toured the UK numerous times and astounded his audiences with his recent act. This well-crafted, poignant comedy explores the extraordinary truth of his adoption in 1960.

A classic one-man show unlocks the character of one of Britain’s best-loved and most-missed entertainers on Wednesday, 25th May. Written and performed by David Benson, Think No Evil of Us: My Life With Kenneth Williams opens the door to one of Britain’s greatest comedy characters. This thrilling and hilarious tour de force shows Kenneth Williams at his funniest and most badly behaved. This brilliantly performed, semi-autobiographical show also reveals how David’s unusual childhood led to an extraordinary connection with the Carry On Star. Don’t miss this strictly limited 20th year anniversary tour!

Prepare to be moved by Audio Sonic Vision – a reel fest for the senses from Friday 27th May – Monday 30th May. Presented by Jellyfish Moon at St George’s Hall Plateau, there will be a full dome 360-degree projection, with a soundtrack scored by the Constellation Collective. Experience a journey that delves in to peoples’ consciousness and asks them questions about their relationships with sound, light, movement and the geometry seen all around.

One of the most iconic bands in Britain are set to take the Concert Room stage on Saturday 28th May. Wild Things The Troggs will perform some of their classic hits such as I Can’t Control Myself, With A Girl Like You, Love Is All Around and of course… Wild Thing! They will be arriving with founding member Chris Britton on lead guitar, Chris Allen (stepping into the shoes of Reg Presley’s shoes) Pete Lucas on Bass and Dave Maggs on drums.

“What a month May is going to be! We have some fantastic performances in store for our audiences with something for everyone – we look forward to welcoming you to the Hall!”