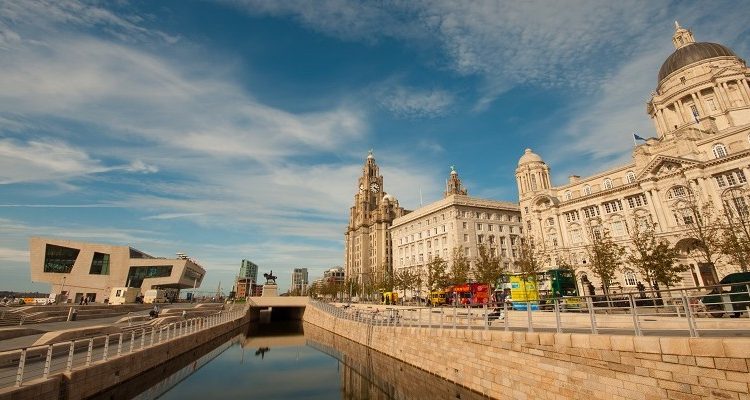 Best of Britain on show to hundreds of global buyers at travel industry event in Liverpool.

As latest figures show that 2015 was a record-breaking year for inbound tourism to Britain, VisitBritain is gearing up to host its largest tourism trade event this year to attract more international visitors across its nations and regions.

Now in its second year, ExploreGB is heading north to Liverpool. More than more 300 international buyers from 40 countries are set to do business with more than 300 travel trade suppliers from across England, Scotland, Wales, Northern Ireland and the Republic of Ireland at the event being held from Thursday 3 to Friday 4 March at the city’s Arena and Convention Centre.

Buyers from Britain’s largest and most valuable markets including the USA, Germany, France, Canada and Australia are attending as well as those from China, the world’s largest outbound market, as well as India, Malaysia, Mexico, Singapore and South Korea, to name a few.

“Tourism is one of the UK’s fastest growing industries, and attracting more international visitors to our shores is not only important for the sector but for the nation’s whole economy.

“ExploreGB is an important event in the travel industry calendar and a fantastic opportunity to celebrate our incredible mixture of countryside, sporting events, historic buildings and thriving cities to attract even more visitors from across the globe.”

“Tourism is one of our fastest growing export industries and also one of the most globally competitive, which is why ExploreGB is a valuable business tool for the travel trade industry. It allows British travel suppliers and local destinations to get their tourism products and services in front of international buyers, forge valuable global business connections and ultimately inspire more visitors to come and explore all of our nations and regions.”

“The visitor economy has had a tremendous impact on the city during the last 10 years but we can’t rest on our laurels and trust that it will remain this way. By attracting events such as ExploreGB and working with important partners like VisitBritain, we have a unique opportunity to demonstrate why the Liverpool city region is such a compelling destination.”

More than 30,000 business meetings are expected to take place across the two day event with buyers also given the chance to try out tourism products and services with pre-and-post event trips organised, including for 30 journalists from 18 countries.

Delegates will also hear about the latest inbound travel market trends and what Britain is doing to attract more international visitors to visit all its nations and regions through its latest global marketing campaign. They will also attend seminars and networking events to boost their knowledge of Britain as a tourist destination.

As Liverpool gets ready to host the event, latest figures from VisitBritain show that the North West welcomed 2.1 million visitors in the first nine months of 2015, a 12% increase on the same period in 2014. The latest figures available for Liverpool show that inbound tourism to the city increased 8% in 2014 with 605,000 international visitors compared to 558,000 in 2013.

Overall, 2015 set a new record for inbound tourism to Britain with 35.8 million visits, 4% up on 2014 and the fifth consecutive year of growth.

VisitBritain’s forecast for 2016 shows that the growth is set to continue this year with 36.7 million visits expected.

This puts VisitBritain on track to realise its ambition for growing international visits to Britain by more than 20% to 42 million visits by 2020, which could see an additional £4.5 billion in visitor spend.

Tourism is Britain’s seventh largest export industry and third largest service sector. The industry is also a major job creator, for example every 22 additional Chinese visitors that come to Britain create an additional job in the sector. Inbound tourism is worth more than £26 billion to the UK economy.

The Brink to host evening with media mogul Phil Redmond

From loose change to REAL change