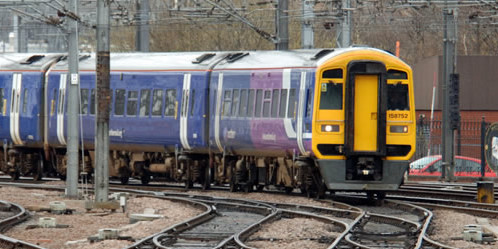 Two rail services responsible for transporting a staggering 110 million passenger annually has recently become the subject of a bid-war.

Northern Rail and First TransPenine Express which function as connecting modes of transport for passengers travelling between major cities such as Liverpool, Sheffield, Manchester, Newcastle, Leeds and Carlise and onwards to Edingburgh and Glasgow are important rail services, whose customer service and passenger satisfaction has come under scrutiny.

The campain for better Transpot Services and the RMT Transport Union have voice concerns over rail services potentially being cut. Mick Cash, the general acting secretary for the RMT has voiced encouragement for the protest outside Westminster which opposed the franchise take-over. Cash demonstrated his resolve for his union’s cause by saying

“This was just round one of the fight to stop the carve up of jobs and services on Northern and TransPennine Express.”

The bidders have been shortlisted, including Arriva, Govia and Abellio which has held a contract with partner company Serco since 2004. The winning bidder of the regional franchise will be announced in October 2015, though the government has told franchise bidders that they must improve on the current quality of rail service.

“Building a railway that is fit for the 21st century is a vital part of our long-term economic plan, connecting businesses and communities, generating jobs and boosting growth.”

Over the next five years, more than £1bn will be invested into improving the rail services with £600 m already reserved for the Northern Hub Project. Details of these improvements can be found at www.networkrail.co.uk/improvements/northern-hub/ and include Two new fast trains per hour between Manchester Victoria and Liverpool and a promise to reduce journey times between Liverpool and Manchester by 10-15 minutes.

Ships on the Mersey and high and low tides on Tuesday, July 14