MDI and People Dancing are celebrating the final Big Dance Pledge this Friday, 20th May. 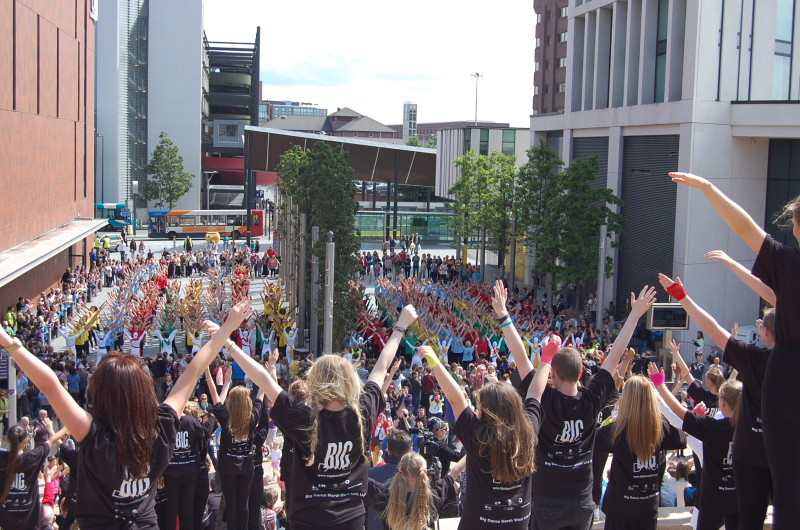 The Big Dance Pledge is a free opportunity to learn an original choreography, or develop it to make it your own, and then perform it wherever you are as part of a worldwide performance day. MDI is the North West hub for Big Dance 2016 and has been working hard getting as many people dancing the pledge for one last time. Choreographed by Akram Khan, this year’s Big Dance Pledge day is Friday 20th May.

In the lead up to the official Big Dance day, MDI has been working with local artists, community groups and members of the public to teach them the pledge. On Friday 13th May as part of Light Night 2016 over 100 people came together for a mass performance of the choreography within the stunning interior of Liverpool’s Anglican Cathedral, as well as performances by the Anfield Youth Project, Movema’s Unlock the Box and MDIs 50 Moves, which were inspired by the pledge.

The choreography also formed part of the Liverpool Pentecost Pageant as dancers from MDI’s contemporary dance class and Youth Dance Company performed the choreography along the parade route between the two Liverpool Cathedrals on Sunday 15th May to an audience of over 2000 people.

On the day itself MDI will present a film of the performances of the pledge choreography online, which was performed across Liverpool. The Beacon Primary School in Liverpool and Ludus Dance in Lancashire will also be performing the pledge.

It’s not too late to join in! If you would like to learn and perform the pledge yourselves simply visit the Big Dance Pledge website, or if you already have and would like to let us know about it please get in touch and we can spread the word!