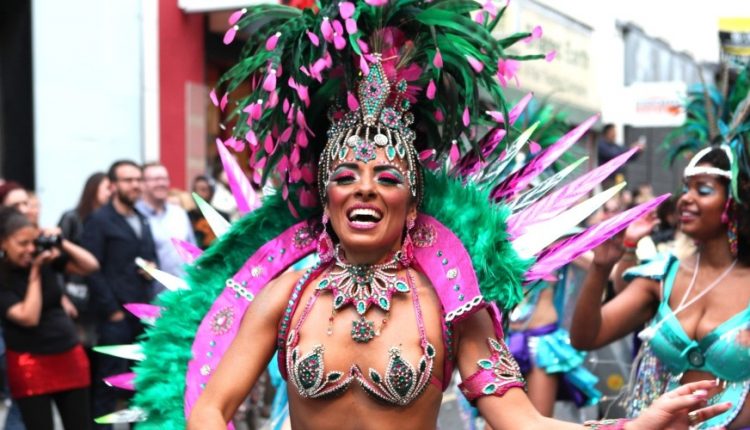 Brazilica has taken over the city since its launch on Friday 11th July and the action is about to get even hotter! 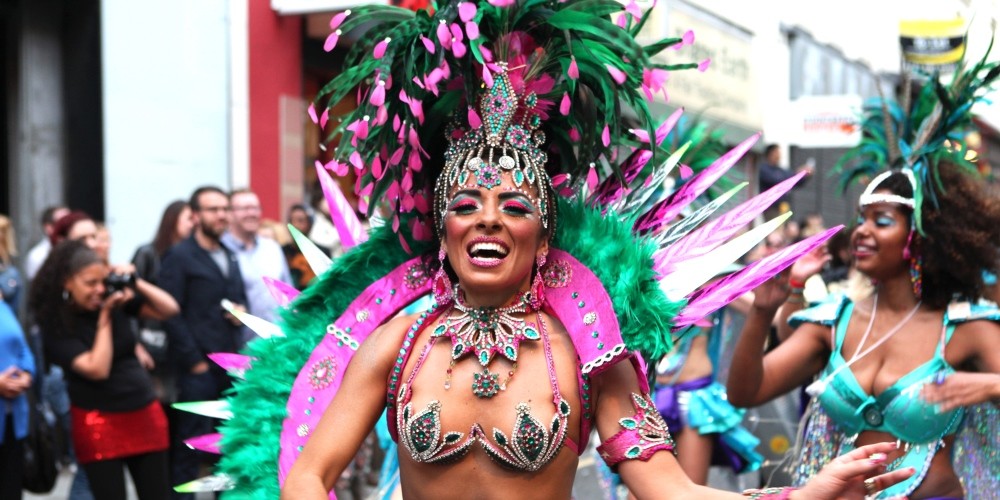 The main carnival day on Saturday 19th July will see a huge samba parade travel through the city filling the streets with colour, music and fun. A host of top Brazilian bands and artists will also play throughout the day and for the fourth yea running, Williamson Square will host a music stage, presented 107.6 Juice FM’s Baz Todd and Adam Weighell as well as Bay TV Liverpool’s Ellie Phillips and Jay Hynd

The night time carnival parade is definitely the star of the show with world class samba bands and dancers transforming the streets of Liverpool with their glittering showcase. Be sure not to miss any of the parade action which kicks off at 8pm.

Starting at Abercromby Square, the parade will turn onto Oxford Street and Hope Street where the parade will then followHardman Street onto Bold Street. Then travelling through the city streets before finishing at Williamson Square where the evening’s entertainment will take place on the main stage.

Samba bands from across the UK who are visiting the festival will participate in the parade in this scorching samba spectacular. With music and dance from an incredible 14 samba bands, Paraiso School of Samba, Liverpool Samba School, Sambatuc Paris, London School of Samba, Republic of Swing and Sambafriq, Karamba Samba, Nottingham School of Samba, Oya Batucada, Batala Liverpool, Maracatudo Mafua, Manchester School of Samba,Samba Bandits, Arco Iris and Hull School of Samba, this year’s parade will be the biggest and best capturing true Brazilian flare, colour and carnival spirit!

Da Lata, the 2013 Lukas Award winners for Brazilian Act of the Year, will be headlining this year’s festival on the main Williamson Square stage. Audiences can enjoy their exciting Afro-Brazilian sound and this year marks the 20th anniversary of this 7-piece band which is led by Chris Franck & Patrick Forge with Brazilian Jandira Silva on vocals. Having re-ignited after a 10-year hiatus, the group have gained critical praise and re-established their reputation for blowing audiences away after their long awaited new album Fabiola was released last year.

Expect a high energy performance as Ziriguidum will be performing plenty of modern Brazilian Carnival music. The group, which can number from 15 to 40 musicians will be joined by renowned singer Fabio Allman, frontman for Rio superstarsMonobloco who were featured on the official 2014 World Cup song The World Is Ours. Fabio, a showman used to performing all over Brazil to huge crowds and Ziriguidum who are part of the Carnaval Transatlantico project – performing at some of Rio de Janeiro’s most prestigious music venues, come together with a very special performance.

Taking audiences on a musical journey to the heart of samba, Sambatuc return to Brazilica after they stormed the show back in 2010’s festival. Consisting of forty dancers and percussionists the group bring the pure energy of samba all the way from Paris to the main stage in Liverpool.

DJ Fabio Bahia, one of the North’s best Salsa/Latin DJs, will also be bringing the very best Brazilian Samba and Latin American tunes to the crowds at Williamson Square.

Rounding off this year’s incredible line-up is the North West based bossa nova band Marissa. This 5-piece band, fronted by singer Marissa Camacho will be performing an exciting set of classic, original and new bossa styles.

There will also be a wealth of events taking place throughout the day and night throughout the city, celebrating the very best of Brazilian culture. The Latin American food marketplace at Williamson Square where revellers can sample the delights of traditional Latin American food, enjoying a wide variety of dishes and soaking up all the atmosphere in the heart of Liverpool. The Kazimier Garden will also be serving up great music and even greater food at their Brazilian Barbequefrom 2pm; another perfect place to chill out in town and enjoy the music and food with the whole family.

Brazilica Street Soccer Festival will name the winner of the Brazilica Futsal Finals after the best 3-a–side football teams compete against each other in the finals of this Merseyside competition brought to you by Halton Street Soccer and Futsal CIC. The Everton in the Community Stage, will also be bringing more music close to the action from 12-6pm on Church Street, which includes carnival DJ’s and performances form Oya Batucada and Maracatudo Mafua.

For all the colour and beauty of Brazil, why not visit the Southport Flower Show Stand in Williamson Square. Beautiful Brazilian inspired displays will be on show, promoting their Brazilian themed Flower Show which takes place later this year. Tickets for this year’s Flower Show will also be available to purchase at their stand.

Finally, closing this year’s Brazilica, The Kazimier will host the carnival after party on 19 July from 10pm. With carnival DJ’s and a special guest DJ set from Patrick Forge, the samba and Latin- House vibes are set to keep crowds partying until 3am.  A night set to be full of surprises, make sure and come down and enjoy the great music, dance and performances as we say goodbye to Brazilica for another year. Tickets for this amazing Brazilica send-off are just £5, so be sure to join us for the carnival party of the year!

This year’s Brazilica programme truly offers something for everyone- More information can be found at www.brazilicafestival.com

IFB 2014 shows the future of motoring