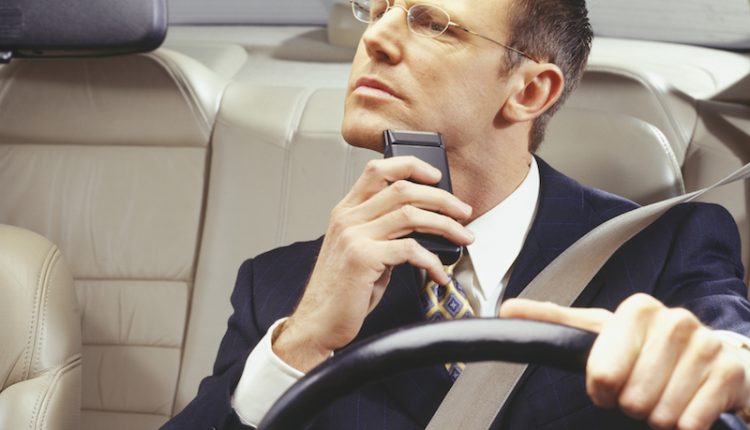 Time-strapped drivers are applying make-up, programming their sat-nav, and even shaving while on the move, according to a leading motoring solicitor. 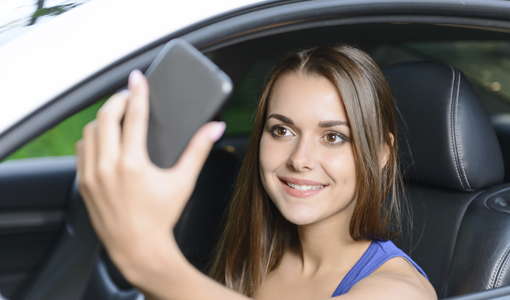 Matthew Reynolds from Liverpool-based Just Motor Law said that hectic schedules have led to people playing Russian Roulette with their own lives and those of other drivers, leaving themselves open to fines, convictions, and even jail as a result.

His comments follow news that the Department for Transport is to crackdown on drivers caught using handheld mobile phones, with fines and points doubling from next year.

And with a recent RAC survey reporting that 31pc of motorists said that they used a handheld phone behind the wheel, while 14pc said that they had taken a photograph or video while driving, the penalties for risk-taking could affect many of the UK’s drivers.

“Most people spend their days trying to cram in more than can feasibly done in the given hours.

“They look to save time where they can – and I have seen many cases in which multi-tasking while sitting in the car has seemed like a time-saving option.

“However, many drivers are simply not aware that their everyday actions, if performed at the same time as operating a vehicle, could constitute an offence. That includes drinking coffee or any other beverage, sending emails, or even changing a CD.”

The use of mobile phones while behind the wheel has been identified as one of the biggest distractions, and the government’s new rules will result in guilty drivers being hit by six points on their licence and facing a £200 fine.

According to Matthew, the law already makes clear that it is an offence to ‘use’ a mobile phone while driving, but the crackdown will make the penalties for doing so even tougher.

“’Use’ means to perform some kind of interactive communication function, such as holding a phone while at the wheel.

“Dialling a number while driving is unlawful, as is checking emails, sending texts, and certainly taking selfies or posting a status on Facebook.”

But it isn’t just texting or online activities which people are trying to fit in while driving. Cases have also been reported of people applying lipstick, taking selfies and using an electric razor while on the move.

“While these actions aren’t an offence in themselves, if you have something in your hand, such as food, drink, lipstick or a razor while driving, you can be prosecuted for not being in proper control of your vehicle.

“In addition, if you are doing any of these things and it affects your driving, you could be convicted of careless or dangerous driving. If you kill or injure anyone because of poor driving, and it is because you were doing any of those things, that would be a significant aggravating feature – hence the recent case which saw Christopher Gard from Alton being sentenced to nine years for causing death by dangerous driving after sending a text immediately prior to the time of the crash.”

And it isn’t just the more technical acts which could land you in hot water; even replacing a CD could put you at risk of prosection.

“The very act of changing a CD means that one hand has to be taken off the wheel and the driver has to take their eyes off the road. Therefore, it could be argued that in changing a CD you are not in proper control of your vehicle.

“The safest way to protect both yourself and others from getting in trouble with the law and from becoming involved in a road accident is to treat driving as a task in itself, rather than trying to combine it with other jobs.

“The law doesn’t care how busy you are – and sending a quick email while on the move could cost you years in jail.”

3) Drink coffee (or tea, or any other kind of beverage)

Five times drivers have been caught out

1)    Last November a woman was caught applying lipstick while driving in Manchester was given three points on her licence and £100 fine.

2)    In February 2014 a man was charged with careless driving after being spotted using a razor on the M5.

3)    In January a female driver ate a banana while stopped in traffic – and was given an on-the-spot £145 fine and three points on her licence as a result.

5)    In July 2015 a video of a woman watching TV while driving went viral after another driver filmed her in the act.