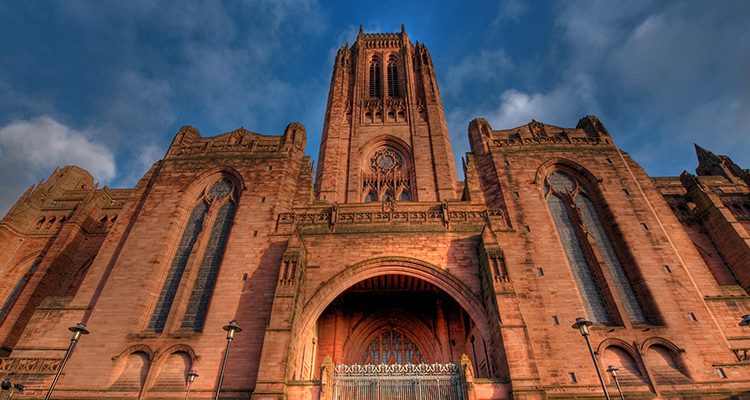 The Cunard story is like no other and on 4 July 2015 in the magnificent Anglican Cathedral in Liverpool that story will be told through word and song during two identical celebratory concerts that will be attended by all passengers on Queen Mary 2’s 2 – 14 July ‘175th Anniversary Crossing’. The ‘Triumph of a Great Tradition’ Concerts will celebrate the magnificent heritage of Cunard as well as the fleet today which is among the youngest and most-highly-rated afloat.

Queen Mary 2 will be berthed in Liverpool on the exact day 175 years earlier that Cunard’s first ship, Britannia, left the city. Later that day Queen Mary 2 will follow in Britannia’s wake and recreate that epic first voyage calling at Halifax and Boston (just as Britannia did) before arriving in New York. The departure from Liverpool promises to be emotional, spectacular and unforgettable as large crowds and fireworks will bring a day of celebration to a close. Passengers on the crossing will also enjoy a special programme of events to mark Cunard’s 175th and there will be gala dinners, specialist speakers and a 175th Anniversary Ball in the famous Queens Room.

Cunard Fares for the 12-night voyage from Southampton to New York, 2 – 14 July 2015, start from £2,539 per person for an inside cabin and from £3,199 per person for a balcony cabin, and include the return flight from New York to the UK and complimentary on board spending money of $105 per person.

Passengers will be assigned to one of two concerts which will take place at 1100 and 1600 hours and last just over an hour. Seats will be made available to others – details will be provided at a later date.

While it would be impossible to cover the entire Cunard story in the time available, the concerts will focus on key aspects of Cunard history including Samuel Cunard himself, the era of the Floating Palaces, the war record of Cunard, the Queens past and present and, among other aspects, the company’s unrivalled association with the Royal Family. Key speakers and specially-selected songs will bring the Cunard story to life.

“We intend to stir the emotions at these special concerts as we celebrate a history unlike any other. These concerts will be enjoyed by all those joining us on our official 175th anniversary voyage and will live long in the memory. We look forward to issuing more detail in the coming months”.

“We are delighted that Cunard is coming ‘home’ to the Cathedral in July next year and we cannot wait to host what I’m sure will be another splendid celebration of all things Cunard. The previous concerts rank among some of the most special events ever to have taken place here and I and all the staff involved with them still recall the magical atmosphere those concerts generated and cannot wait for the that magic to be repeated next year!”

This will be the fourth time Cunard has used the Cathedral for such concerts. ‘The Triumph of QE2’ marked the 40th anniversary of that ship’s launch in 2007; ‘Time to Say Goodbye’ commemorated the life of QE2 prior to her retirement in 2008 while ‘The Magnificent Elizabeths’ in 2011 celebrated the introduction of the new Queen Elizabeth and paid tribute to the Elizabeths before her.

IT sector enjoying positive impact of the recession