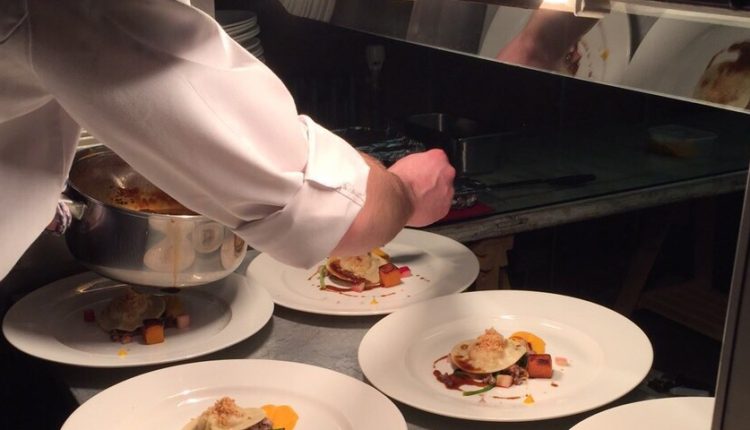 Guests of Secret Diners Club’s latest event literally experienced a gastronomic journey earlier this month, as they travelled by train to the pop-up restaurant’s secret location. 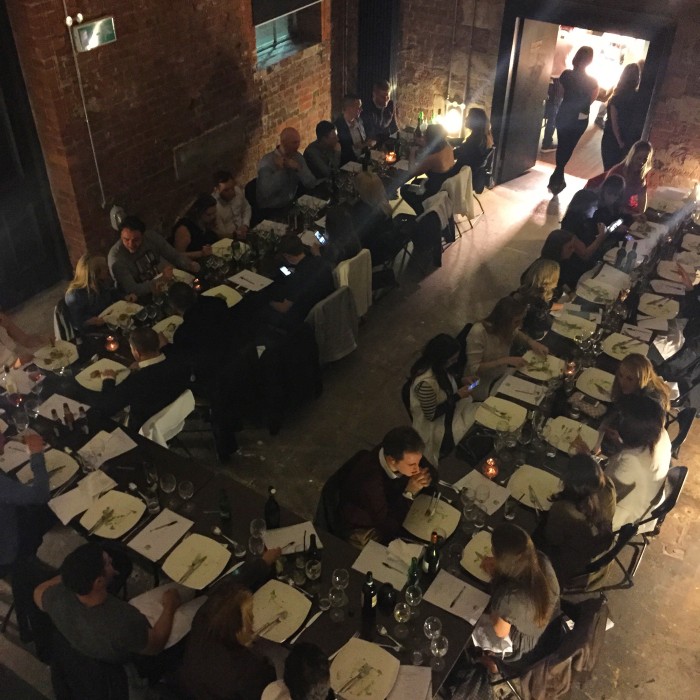 Guests met at Lime Street Station and were still unaware of their final destination until they were handed the train tickets to Edge Hill train station.

Taking inspiration from the railway location and the old import and export trade, the menu featured dishes such as a coffee and treacle infused ham hock, confit duck leg and egg ravioli, beer braised daube of beef with a langoustine bisque sauce and a Secret Diners Club twist on fish and chips; cod loin, crispy cod skin, shrimp, salt cod and pancetta croquette.

Like with all of Secret Diners Club dinners, the menu was also kept a secret with guests not knowing what they had eaten until the end of service when the full menus were handed out, however throughout the meal guests were encouraged to interact and guess the courses on blank menus.

Guests also enjoyed live entertainment during the night and Sacred Gin, a micro distillery located in Highgate London dubbed as the ‘Breaking Bad’ of gin, provided refreshing Negronis for diners to taste.

“We pride ourselves on taking our diners on a gastronomic journey during our dinners and with this event we literally did!

“It was great to keep the diners in the dark about the location right until the night of the event and to meet them at Lime Street, the train we travelled over to the venue in was packed with excited diners!

“Metal, the event space at Edge Hill Station, is spectacular and it was cool that we could pop-up our restaurant there and make more people in Liverpool aware of it.

“2015 is going to be a big year for Secret Diners Club and we’ve got plenty of exciting dinners in the pipeline.”

Secret Diners’ Club is a dining concept created by chefs, Michael Harrison and Daniel Heffy, and marketer Joe Earnshaw. Fed up with the traditional fine dining format, they aim to create a new dining experience by holding events in unconventional and exciting settings.