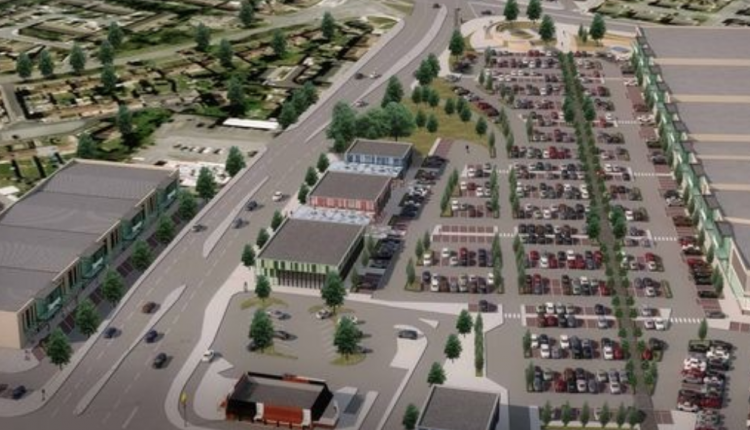 The city council has agreed to back a £200m retail park that could create approximately 1,500 new jobs. If the project is completed it could aid a lot of people in these current economic times where recession is at its highest.

The Aerial view of the Edge Lane retail park proposal (pictured) indicates that it could benefit Liverpool. Not only as it will create more jobs but also gain more money for the city.

The scheme to redevelop Edge Lane will be completed in phases. Currently Derwent Holdings have managed to get the first phase approved. Originally developers planned a capacity of 46 retail units but have had to downsize to 30 since the economy is currently struggling.

Derwent Holdings is now currently aiming to get the second phase of the development plan approved. For this to happen a consultation process will be undertaken. If the process is completed soon the second phase could see the establishment of leisure, business and retail units.

“This is a hugely ambitious project, made all the more challenging by the tough economic times.”

“We are determined to make it happen, because we know how important it is to rejuvenate this major city gateway, delivering excellent retail and leisure facilities and creating many new jobs.”

BT is to enforce price increase of over 6%