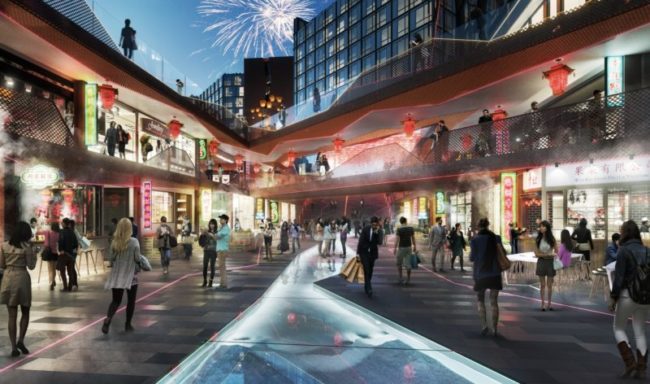 The council has instructed solicitors to start legal proceedings to forfeit two leases on the city centre site.

At the same time, a statutory demand has been issued for the outstanding sum of £950,000 owed to the council by developers Chinatown Development Company.

If Chinatown Development Company does not make the payment by Thursday, August 10, the council will apply to court to ‘wind up’ the company and if the petition is successful, the court will put an official receiver in charge of the liquidation.

In this event, the council would seek repayment and look to work with the liquidator to find a solution to the stalled site as the city council also owns the freehold and is the landlord of the leases.

The city council’s position has hardened in light of new legal advice and financial information which means the site, which has planning permission for 790 new homes, will not be marketed for sale and the council will not be seeking to use Compulsory Purchase Powers, as set out in a cabinet report drafted six weeks ago.

Councillor Ann O’Byrne, Deputy Mayor of Liverpool, said: “Liverpool City Council has explored every avenue and worked with the developer in the proposed transfer of the Chinatown site to a new buyer, but insufficient progress has been made.

“There are a number of challenges which could affect the transfer to any new buyer and in light of new legal advice and financial information, the approach to market the site has become unviable.

“We have sought reassurances from Chinatown Development Company but regrettably an agreement could not be reached and the council has been left with no choice but to take this new course of action.

“The council remains committed to the redevelopment of the site and if a liquidator is appointed, we will seek a quick resolution to get the scheme back on track.

“Although the council has no contractual obligations to any investor, we fully appreciate their concerns and the council will look to work with the liquidator in a proactive way to find a solution to the stalled site.”

World’s largest LEGO bridge is coming to Liverpool in August