Come Together at Central Library

LIVERPOOL’S Central Library will be embracing all things Fab Four at a special free event this Saturday, 29th August. 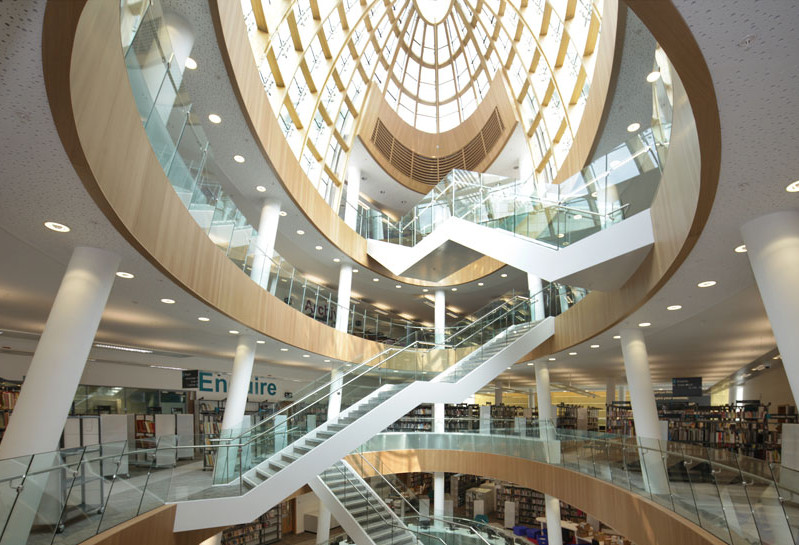 To mark International Beatleweek, Central Library is hosting Come Together in the Library, which will see a series of musical performances and talks take place celebrating the legacy of the city’s legendary sons.

A tribute band hailing from Scotland – Them Beatles – will recreate the Beatles’ famous rooftop gig of 1969 with three performances taking place on the library’s rooftop terrace. Taking place at midday, 1pm and 2pm, some of the band’s hits will be played live with the stunning city centre backdrop behind them.

John Lennon’s sister Julia Baird will talk about her life with John and will read from her brother’s written work including his books and his song lyrics. Julia will also read extracts from her own, moving book ‘Imagine This’. Copies of the book will be available to buy and she will also take part in a book-signing session.

There will be two chances to experience this unmissable talk – at 1pm and then 3pm, both in the Hornby Library.

“I feel very privileged to be part of this event and it’s an open invitation for everyone to come and celebrate the legacy of the Beatles.

“I’m excited to be part of the library family for the day, and share with people my experience of growing up with John and what it’s like to be the sister of one of the most iconic figures in modern history.”

At 2pm, Dee Elias an American Beatles fan and author will be talking about her new book about the Beatles, investigating their impact on her as a teenager growing up in the United States. Her book will also be on sale and there will be a book signing opportunity.

Beatles related archives will also be on display within the Hornby Library for people to enjoy as part of the event. These will include school registers, correspondence from Brian Epstein regarding the Hard Day’s Night premiere and a home coming in 1964, and Paul McCartnery’s award winning poem from his school days which was actually presented to him in Central Library in the 1950s.

“We’re delighted to be part of this year’s Beatleweek event.

“This is the first year Central Library has been involved and we have fascinating mix of events taking place which are guaranteed to thrill any Fab Four fan. From the live music and talks right through to our Beatles-related archive material on display, there is lots to see and do to keep music fans enthralled.

“We hope as many people as possible make the most of this free event in the impressive surroundings of Liverpool’s Central Library.”