Crewe is expected to be named as the proposed location of an HS2 “superb” railway station today. 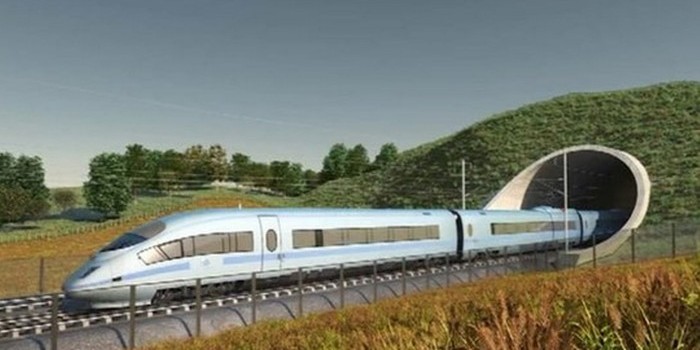 Sir David Higgins, chairman of HS2, is unveiling the economic case for the high speed network and be announcing his recommendations for the location of a superb station north of Birmingham.

Crewe is in competition from a rival bid from Stoke, but Cheshire East council leader Michael Jones said he was confident of winning a recommendation from Sir David.

The superhub at Crewe would be approximately 800m from the existing station, and would link all services to the HS2 line that is proposed to run from London to Manchester and Leeds.

The local authority said it would generate around 64,000 jobs to the town, add £3.5bn to the economy, and herald a new era of prosperity, recalling the central role Crewe played as an interchange in the early days of the railways.

“We’ve always been optimistic that on Monday we’ll get a recommendation and we’re confident our bid is substantial and more than worthy of Government support. It would allow a gateway to North Wales, Liverpool, other parts of the North West like Blackpool and Preston – they would all be able to get through to HS2 via Crewe.”

“This takes us beyond everyone’s imagination, it takes us from a town with good growth to a superpower in terms of engineering – back to what it was 175 years ago.”

Mr Jones said locating the superb in Crewe would be a “massive win” for Stoke, Liverpool and Manchester because of the town’s connectivity.