The first six cantilever rail-mounted gantry (CRMG) cranes have arrived in the River Mersey ready for installing and commissioning at the Liverpool2 deep-water container terminal. 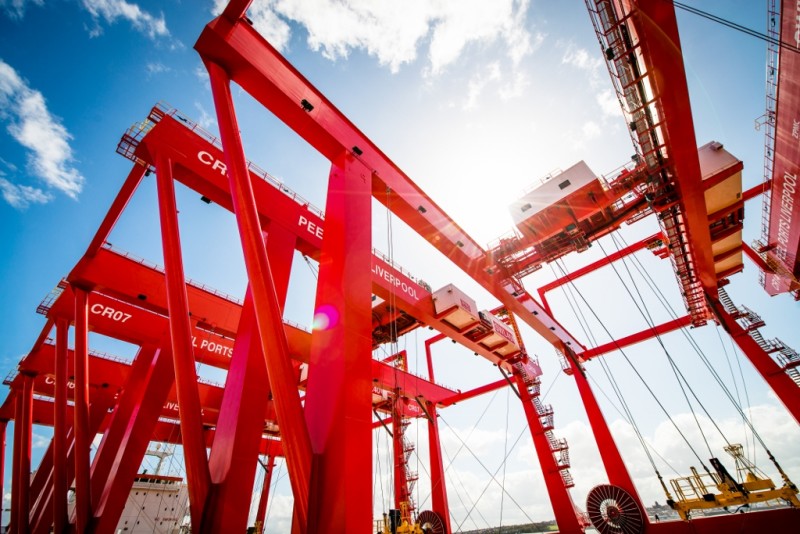 Produced by leading Chinese manufacturer ZPMC, which also supplied the five ship-to-shore cranes already on site, these six are the first of 12 required for phase 1 of the terminal. Ultimately the site will have eight STS and 22 CRMG cranes as part of a £100m investment.

The cranes will be capable of performing an average of 20 moves per hour, with semi-automated control linked to the port’s new Navis N4 terminal operating system. They have a 40 tonne under-spreader capacity and a maximum container lift height above quay level of 21m under spreader (6+1 containers).

“The arrival of this first consignment is yet another important milestone as we approach the opening. Along with the STS cranes, the CRMGs are a very visible sign of the investment we are making at the port, adding capacity and efficiency to a key trade gateway. Liverpool2, supported by our wider logistics offering and the port’s strategic location, will provider many shippers with a route to UK and Irish markets that helps them to cut costs, congestion and carbon emissions.”

Liverpool2 is to have a phased opening, with marine trials due to begin shortly and other elements of the semi-automated terminal coming online throughout Q2 of 2016. The first phase of the new terminal will be fully operational in the autumn.

The cranes originally set off from Nantong in March on board the Zhenhua 25 ship passing south-east Asia, India, the Arabian Peninsula and through the Suez canal en route to Liverpool in a 40 day journey of over 20,000km (13,730,000m, 11,930nm).