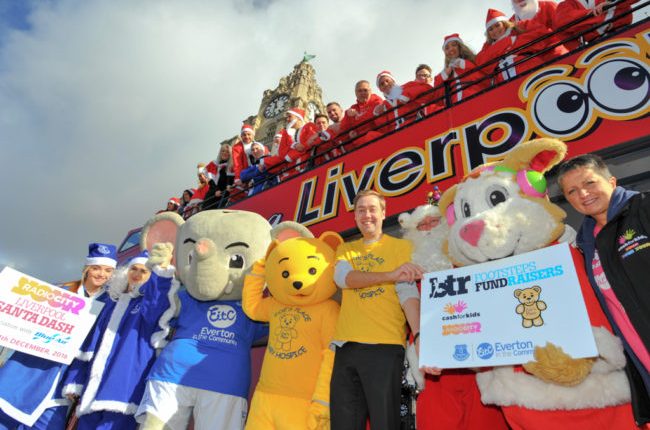 Liverpool’s dashing Santas are being invited to pull on their trainers and Santa suit for a day of fun while raising much-needed cash for charity. 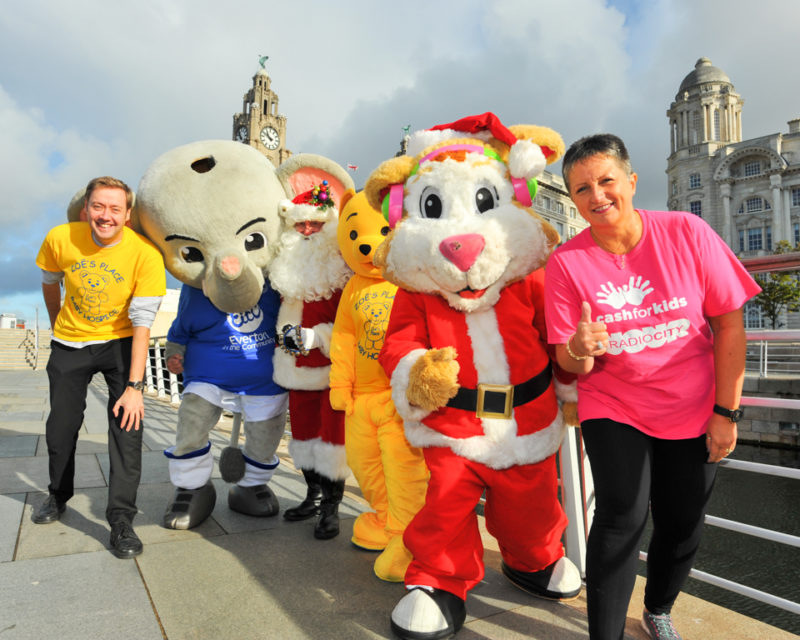 The city is bursting with Christmas cheer for all the family when it is transformed into a sea of red, blue and mini Santas.

Widely regarded as Liverpool’s kickstart to Christmas, this is the 13th annual Liverpool Santa Dash. The city’s residents are invited to make a difference by supporting the event’s three official charities.

Under the banner of the BTR Footsteps Fundraisers initiative, Santas are invited to dash and raise cash for the event’s official charity partners for 2016 who are Radio City’s Cash For Kids, Everton in the Community, and Zoe’s Place Baby Hospice.

The Radio City Liverpool Santa Dash in association with Blue Air is brought to you by organisers BTR, who created the event in 2004.

BTR Liverpool is the team behind some of the biggest and most popular running events in the region including the Vitality Liverpool Half Marathon; Mersey Tunnel 10K; and award-winning Wirral Half Marathon and 10K.

“Our charity partners support the vulnerable in our local communities by providing help where it is needed the most, making a huge difference to thousands of lives each year. So we’re encouraging Santas to get involved and help to raise funds to enable our charities to continue their vital work.” 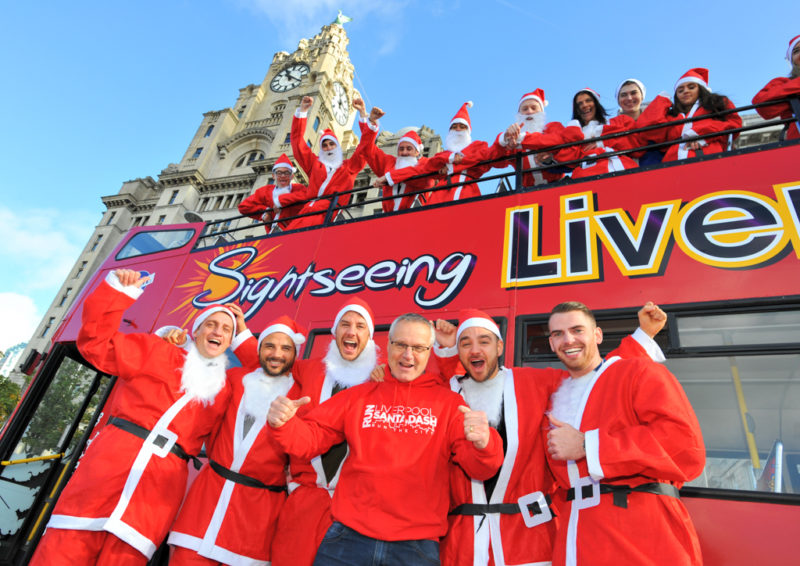 Santas can set up their own online page via the Everyday Hero fundraising website, visit https://www.everydayhero.co.uk/event/BTRSantaDash

Sponsor forms are also available from organisers, BTR. All funds raised by Santas will be split equally between the three charities.

The Radio City Liverpool Santa Dash starts at Pier Head Liverpool at 9.30am and finishes outside Liverpool Town Hall – where there is even real snow as the Santas cross the finish line.

The little ones also have their very own fun run – the 1K Mini Dash is for youngsters aged 12 and under. It starts in Castle Street at approximately 11am when the main Santa Dash has finished. This route also finishes at Liverpool Town Hall.

More than 5,000 Santas have already registered to take part. Entry includes a Santa suit and all Santas finishing the fun run will receive a commemorative medal. Blue Santa suits have now sold out.

Register or collect your Santa suit from the BTR office at 82 Market Street in Hoylake. The office will be open until 5pm on Friday (2 December).

Or call into Rapid Discount Outlet in Liverpool city centre (opposite the Radio City Tower), where you can register or collect Santa suits until 12pm on Saturday (3 December). There are no entries on the day.

Online entries have now closed but full details can be found at www.btrliverpool.com