Delifonseca has been awarded the prestigious Taste Liverpool accolade at the Liverpool City Region Tourism Awards 2015 for the fourth year after continuing to impress foodies from across the North West. 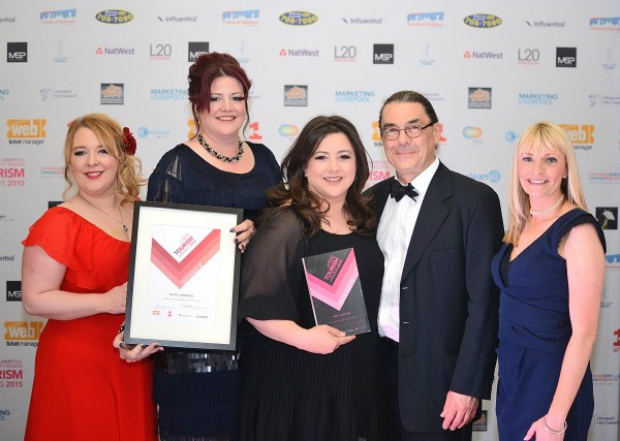 With sites located on both Brunswick Quay and Stanley Street, the multi-award winning eatery and deli beat off stiff local competition to be recognised for its culinary excellence.

The awards ceremony, which took place at St George’s Hall on May, 21, saw the arrival of the city’s best tourism businesses, 19 of whom were rewarded for their efforts in enhancing Liverpool’s already vibrant leisure industry.

“It’s fantastic to win it for the fourth time particularly since the city’s food scene has blossomed so much over the last few years. Competition is fierce and it’s a great feeling to be a winner amongst so many good operators. As a business we have evolved over the years and it’s all down to having such a great team of staff that share my passion for good food and great service.”

In addition to scooping the Taste Liverpool award, Delifonseca was also recently presented with the notable Bronze Award in Taste of England category, at the 2015 VisitEngland Awards for Excellence, and is now recognised as one of the top three businesses throughout the country in their field.

The Brink crowned Bar of the Year at city tourism awards