The Mayor of Liverpool has announced his ambitions to create a major year-long cultural programme to mark ten years since the city was European Capital of Culture. 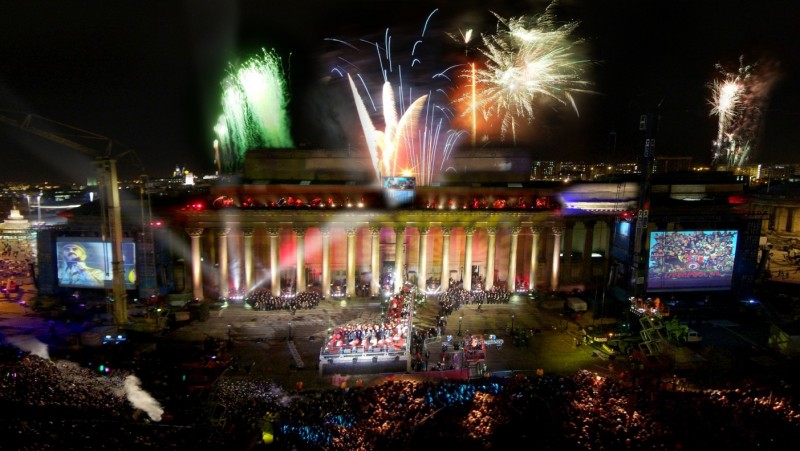 Joe Anderson has revealed that work is underway on Eighteen for 18 – a series of internationally significant events, exhibitions, seasons and performances which will shine a light on the importance of culture within the ongoing renaissance of the city, and how it will play a key role in the blueprint for the success of the Liverpool City Region moving forward.

Plans are in motion to work with some of the world’s best artists, musicians and cultural organisations with early discussions in place that could potentially see the return of some of the most iconic Royal de Luxe’s Giants and the Tall Ships fleet which made a splash in 2008 – both a nod to the success of the last ten years.

A series of important anniversaries take place in 2018 including the 30th birthday of Tate Liverpool, the 20th anniversary of Liverpool Biennial and ten years of ACC Liverpool and Liverpool ONE, and it is being proposed that the crucial role of these organisations is celebrated in style.

One of the seasons planned will focus on ‘The Future of Work’, and will see IFB 2018 and The Uniglobal World Congress be part of a major cultural and social program looking at what the future of work looks like and means for society as a whole.

The18 new commissions will be integrated into the city’s already celebrated cultural offer, and will aim to attract audiences of around five million people, creating upwards of £50million economic impact and push Liverpool to the top of the ‘must-visit’ cities in 2018.

They will also provide even more opportunities for local communities to play a role in the cultural offer of the city, and to have their stories and hopes for the future played out for a global audience.

“We want everything we do in 2018 to build on the wonderful work which has taken place in the city since 2008. 2018 will be the next watershed year in the history of Liverpool and one which will make everyone who lives here proud, and everyone that doesn’t live here wonder why they don’t!

“Our official culture year quite rightly gets huge public and media recognition, but it is the years that followed which I am most proud of, the years which have seen us build on that success.

“We didn’t treat 2008 as a one off firework display that fizzled out, turning the lights off when everyone had gone home.

“The last four years alone have seen major events generate £177million for the local economy – which is why government of culture is so integral to this city and why I pushed for it to be at the heart of our devolution deal.”

Liverpool’s cultural sector directly employs 2,000 people and brings in £11 for every £1 invested.

A piece of work will also be commissioned called Impact 18 which will look at how great the impact of the last decade has been in terms of economic, social impact and international perception of Liverpool.

A comprehensive participation and education programme will run throughout the year so young people and residents can learn from, and get involved in activities.

“These are huge ambitions, but I know we will deliver it. If the past few years have told us anything about this city – hosting major events and international cultural moments is something we excel at.

“We are a city which knows where it has come from and where it is going, with the next milestone in that long illustrious history being the ambition and scale of 2018.”

The full 2018 programme will be announced in the autumn.