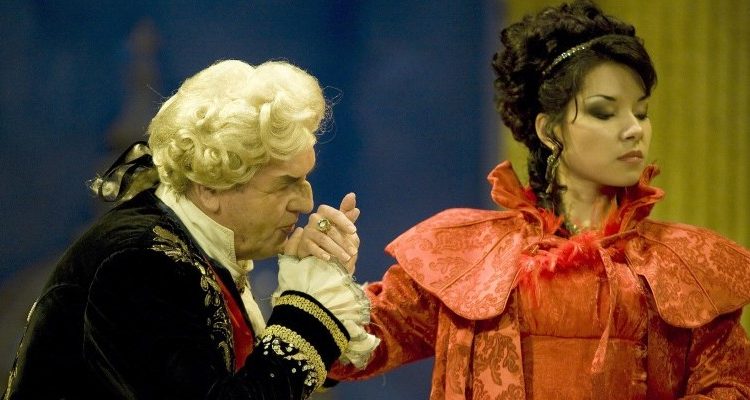 Ellen Kent Returns to Liverpool this Spring with Carmen and Tosca

Award-winning opera producer Ellen Kent returns after critically acclaimed tours of Madama Butterfly, Traviata and Rigoletto, bringing two new productions, boasting magnificent new sets. Carmen with the heat and passion of Spain and Tosca with the grandeur and power of Rome. Not to be missed!

Seville comes to Liverpool Empire with the hottest ticket in town as Bizet Carmen returns! 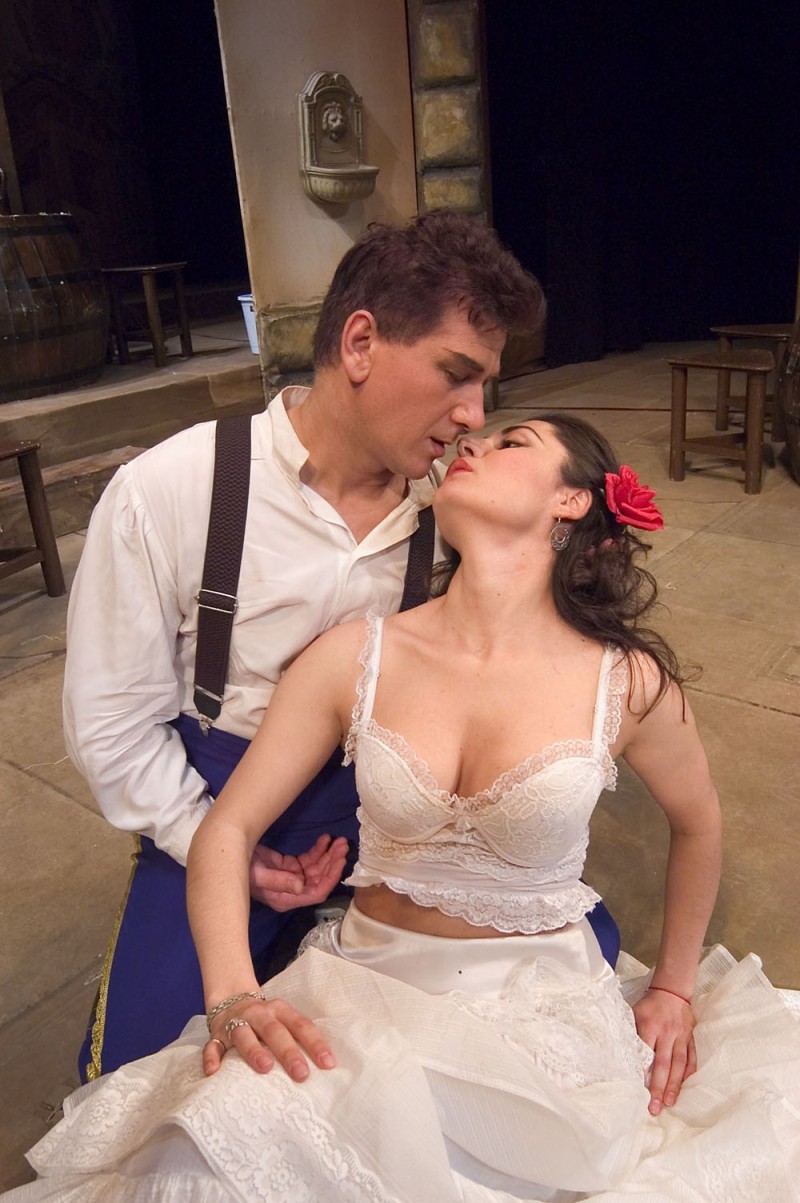 The stunning new set reflects the magnificent architecture of Seville with its Roman and Moorish influences, which includes the main square, the bull ring and the tobacco factory, which was reputedly one of the most important in Europe. The set was built for Ellen Kent in England by Setup Scenery, who also build sets for the Royal Opera Covent Garden.

Carmen includes the special guest star Caspian – a majestic white Andalucian stallion and a rescue donkey.  Ellen’s mother ran the Spanish equivalent of the RSPCA which saved the lives of many donkeys and to continue this good work Ellen has included a donkey from various sanctuaries to help them raise money.

The show features a spectacular dance sequence by Caspian the stallion, ridden by Joe Butcher from AB Films. Caspian has appeared in many films including War Horse and Robin Hood.

Carmen is the story of the bewitching gypsy girl whose tantalising beauty lures a soldier to desertion and leads to her own murder. The opera includes some of the most evocative and best-loved melodies in opera –The Habanera, The Seguidilla, The Flower Song, The Chanson Bohème and perhaps the best-known baritone aria of all The Toreador’s Song.

Ellen has performed many exciting productions of Carmen in her 24 years of being an opera producer, from an outdoor performance in the beautiful grounds of Leeds Castle in Kent, two sell-out performances played to thousands of people and which caused major traffic jams on M20, to the visit to the Middle East in 2004 where she entertained the Emir of Qatar and 3,500 Royal guests for the first ever performance of Carmen to be performed in the Gulf, screened live on Al Jazeera Television.

Maria Tonina and Alyona Kistenyova will be singing Michaela.

Maria Tonina returns after her spectacular success in Traviata and Rigoletto. In 2005 she was chosen for scholarship by the CEE Musiktheater, Vienna, Austria, sponsored by Deutsche Bank Stiftung together with the Austrian State Secretariat for the Arts and Media. Alyona Kistenyova returns after her debut as Madama Butterfly in 2015 gaining rapturous reviews.

Jose will be sung by Vitalii Liskovetskyi, making his debut in the role and has toured internationally with the Kiev National Opera. Ruslan Zinevych returns to sing Jose and has achieved many accolades including singing with Pavarotti. Escamillo will be played by Lurie Gisca. Lurie returns after playing to excellent reviews – Escamillo in 2013 and Nabucco and Amonasro in Ellen Kent productions of Carmen, Aida and Nabucco.

“[Vitalii Liskovetskyi] was one of the best singers of the role I’ve heard.” – Robert Beale, Manchester Evening News Theatre Awards

“Liza Kadelnik was tour de force. Her ability, movements and beauty made for a wonderful leading lady.” – The Argus, Brighton

“Hot-blooded, a joy” – The Independent

“It is a stunning show, worth five stars all the way through” – Brighton Argus

Ellen also brings Puccini’s Tosca upon her return to the city – an explosion of love and treachery! 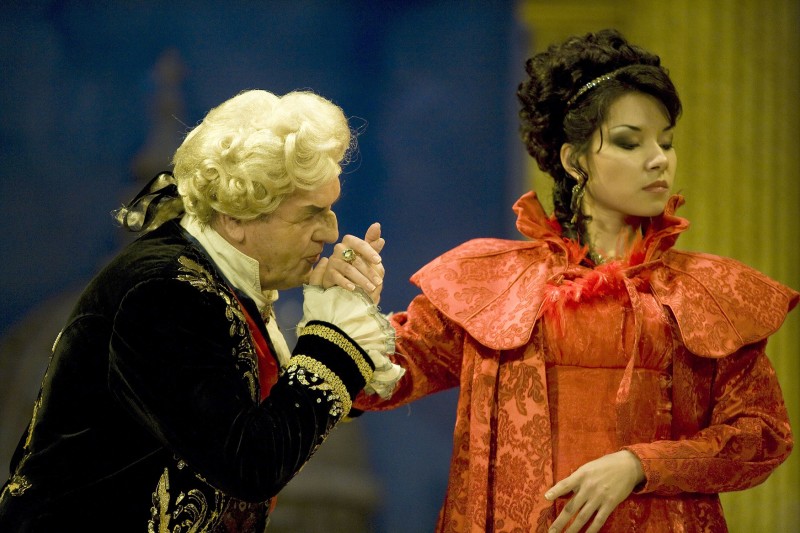 A magnificent, traditional, fully-staged opera, Tosca is set against the dramatic landscape of Rome and the Napoleonic Wars and the corrupt Italian regime of that time. Directed as a Gothic, Victorian horror story, Puccini’s Tosca is an epic tale of true love and treachery featuring torture, murder and suicide alongside some of opera’s best-known music, and based on a play by Victorien Sardou, it was once described as a “shabby little shocker.”

It tells of Floria Tosca’s true love for artist Mario Cavaradossi. Tosca is forced to enter into a deal with the Chief of Police Baron Scarpia, in order to save Cavaradossi, her lover, from execution. Scarpia’s price is Tosca’s seduction, but she cannot go through with it and in desperation she stabs Scarpia to death.  Cavaradossi is executed and, realising all is lost, Tosca throws herself from the battlements to her death.

Puccini was inspired by seeing Sarah Bernhardt in the Victorian melodrama Tosca in Manchester.

In preparation for the current tour and her new staging of Tosca, Ellen took a trip to Puccini’s house in Italy. She said:

“It was quite magical. I didn’t think it would be quite so inspiring. It was almost eerie – exactly as you would imagine Puccini to have created, with beautiful memorabilia everywhere. There were his shoes and clothes and pipes and all the models of his operas and his actual scores with all his notes on them.

“My productions are always rather beautiful and I suddenly realised that in my view, I have been doing what Puccini would have liked and wanted. It felt like meeting somebody I knew.”

The shows also features children from local stage schools and includes a boys’ choir and a shepherd boy’s solo.

This most popular of operas, with its tender and moving arias Recondita Armonia, Vissi d’Arte and E Lucevan le Stelle, is a heady mixture of true love, torture and treachery, with two of the best roles for tenor and soprano, plus a pure evil villain as the baritone.

“Alyona Kistenyova was all one could wish for” – Darlington Times

‘Tosca lived up to all my hopes and expectations’ – Irish Examiner

Visit www.ellenkent.com for more information about the tour.