Multi award-winning Epic Apart Hotel has experienced an outstanding year-on-year growth of 24.5% in 2015, with revenues nearing £1m, according to new figures. 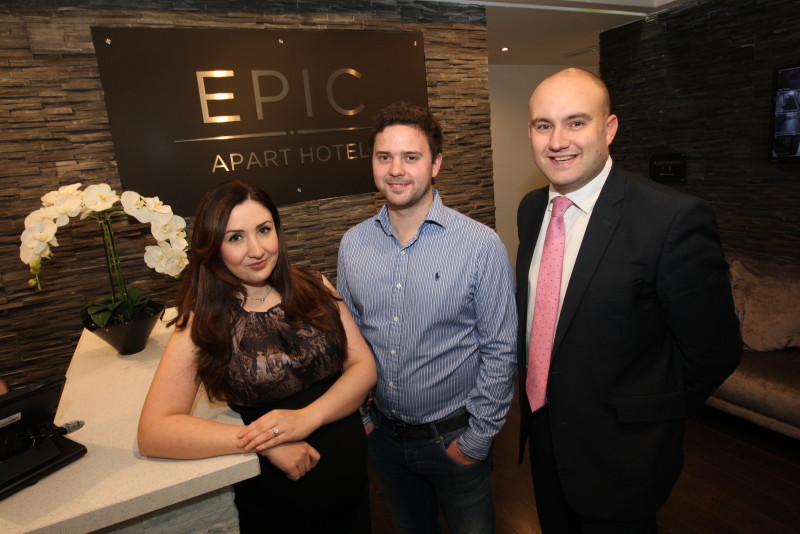 After a year in which saw the company expand, opening its third property at 75 Duke Street, taking its portfolio to 34 apartments in Liverpool city centre, the brand also today announced plans for further renovation and expansion of its Seel Street and Campbell Street properties.

It comes after Epic’s most exclusive apartment to date – the £1,500-a-night Penthouse – opened in December 2015 following a £30,000 refurbishment programme. Located at Epic’s Seel Street property, the Penthouse sleeps eight and is set over two floors, boasting a private bar area, three en-suite bedrooms, Jacuzzi bath in the master bedroom, and open-plan living and kitchen space, with a bespoke concierge service.

“We set out on a rapid growth strategy at the end of 2014 and we are pleased with the strong performance. These figures are beyond encouraging as we take the Epic brand into the next phase of growth and expansion.”

In 2016, planning has been submitted for Seel Street, which will see the addition of seven new apartments forming part of a two-story extension, while Campbell Street will undergo a major upgrade and refurbishment programme.

“The Penthouse is something we are excited about as it demonstrates the confidence we have in Liverpool as a world-class destination, ready to meet the ever evolving needs of the 21st century traveller. This is the five star experience Liverpool has been clamouring for, and the evidence is clear as we are pre-booked until the end of 2016 in the Penthouse with enquiries from the Far East and China for long term bookings.”

Simon and Fiona continue to actively grow and evolve the brand in the serviced-apartments sector, looking to develop further properties in and outside of Liverpool.

The brand’s success has been acknowledged with a flurry of awards over the last 12 months, most recently Simon and Fiona being named in the Liverpool Echo’s 35 Under 35 list of high-flying entrepreneurs, and similarly in Insider Media’s 2015 42 Under 42 roll of honour. Other awards include:

Located in the heart of Liverpool, Epic Apart Hotel is the brand leader in quality, serviced apartments, presenting an affordable and luxurious alternative to a city centre hotel.

Owned and operated by Liverpool-based couple, Simon and Fiona Beer, Epic Apart Hotel has been in operation since 2012, and has properties on Seel Street, Campbell Street and 75 Duke Street, which opened spring 2015. The brand currently has 35 apartments, with a 200-bed occupancy in Liverpool city centre, and is actively looking to grow and evolve in the serviced-apartments sector, developing further properties across the UK.

The brand’s success has been acknowledged with a flurry of awards over the last 12 months, most recently Simon and Fiona being named in the Liverpool Echo’s 35 Under 35 list of high-flying entrepreneurs, and similarly in Insider Media’s 2015 42 Under 42 roll of honour. Other awards include:-

Each Epic property is uniquely created to reach the high standards expected by the brand to meet the needs of its guests, offering an individually contemporary home from home. From a superior studio to two or three bedroom apartments, Epic provides a vast range of spacious accommodation – the perfect base from which to explore the city, whether visiting as part of a group, for business, football and leisure, or romance.

Corporate guests are also taken good care of during their stay with Epic, with modest mid-week rates based on single night occupancy, and group rates for multi-night stays. If travelling with colleagues, Epic also offer larger apartments with additional bedrooms, still giving guests the privacy of their own room at the end of the night.

Prices, availability and special offers can be obtained directly on the Epic website www.epicliverpool.co.uk. Alternatively, the team at Epic is available 24 hours a day to answer your enquiries by calling 0151 709 1719 or emailing reservations@epicliverpool.co.uk