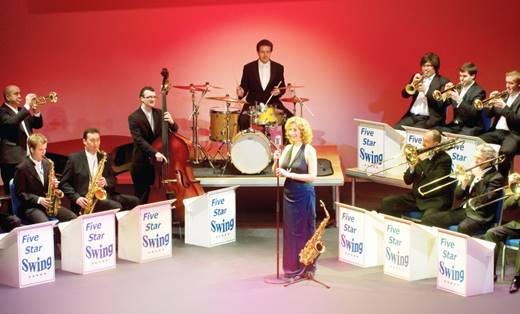 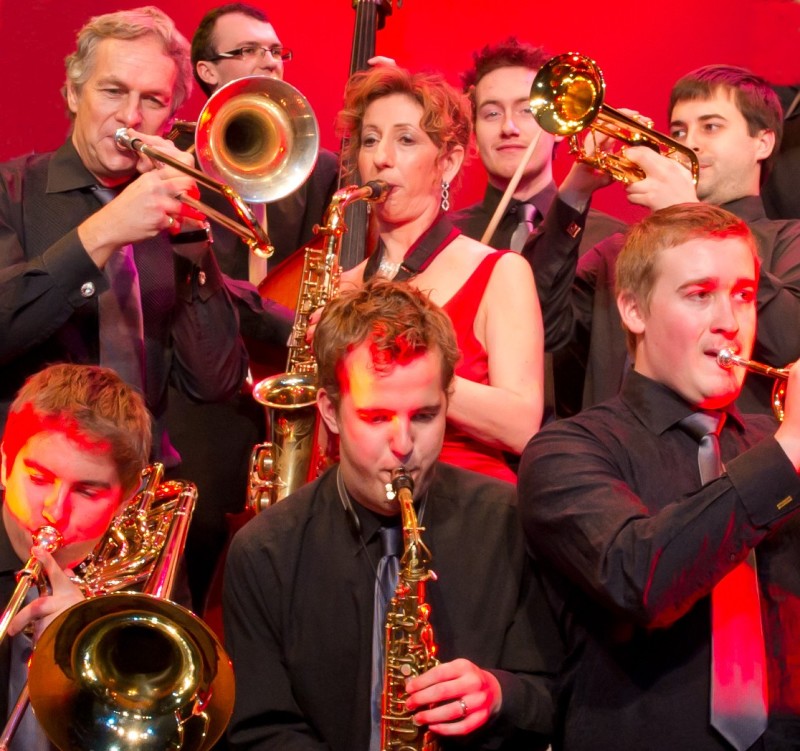 It is billed as an evening of vintage swing, featuring classic songs from Frank Sinatra, Ella Fitzgerald, Glenn Miller and many more, performed by the famous Five Star Swing multi-instrumentalists and singers.

Five Star Swing are recognised as one of the most versatile and accomplished Jazz and Swing bands in the UK. They perform for dancing, listening or for major theatre productions.

As seen on BBC TV Children in Need, and Dame Vera Lynn’s Charity Ball, the show is led by bandleader Chris Smith Jr, composer and arranger for the BBC Radio Big Band and a former composer for Herb Miller Big Band (Glenn Miller’s brother). Along with Tony Bennett’s trombonists, also featured is vocalist and saxophonist Simone, who was taught to play alto saxophone in the 1970’s by the famous bandleader Ivy Benson, whom she subsequently performed with. Simone has recorded with Paul Weller, the Paul Merton TV Show and the Russell Harty show.

“Fans have enjoyed this ‘feel-good’ style of music for generations – following our extensive UK tour I’m excited to be bringing the sound of our big band brass, saxes, rhythm and vocalists back home to Liverpool!”

Stars turn out for re-launch of Bellini Liverpool