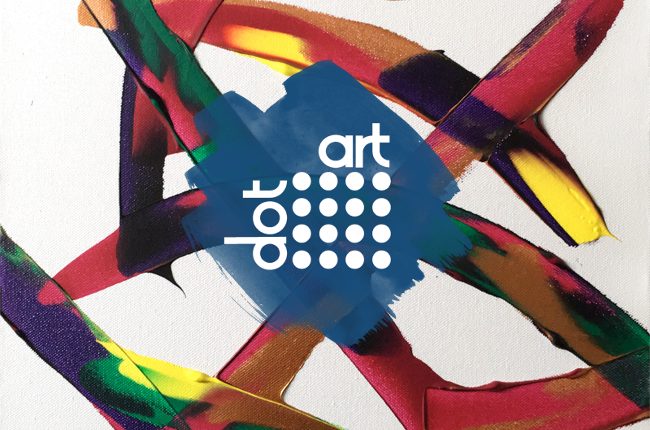 On Saturday 10th September, dot-art launched a special two week exhibition by Ali Barker as part of the Liverpool Biennial Fringe. The solo show, entitled Four-Dimensional Colour, consists of a series of paintings inspired by the artist’s synaesthesia, a condition where senses are triggered by one another and allow the artist to hear colours. This unique perspective will be demonstrated through the daily painting of two ongoing works over the course of the exhibition. The exhibition showcases new paintings made between January and August 2016, comprising a set of “instinctive synaesthetic responses” to music and another set representing sounds translated into colours.

Since the start of 2016, artist and musician Ali has recorded a distinctive sound each day. Whether this is a musical note, a door-bell, a car horn in the distance or the rumbling of a coffee machine, each sound has then been translated into a small block of colour and added to her ever-growing portfolio of artwork.

For each month of 2016 she is composing one painting to represent the music and sounds she experiences, as a grid of coloured squares based on the layout of a calendar. Finally, she will also make a similar, but larger painting comprising all 366 notes and sounds recorded in 2016. This, and the painting of “September 2016”, will be works in progress at the time of the exhibition.

“Music is a major influence on my work. I create visual representations of music and sound in colour, inspired by my sound-colour synaesthesia. Many of my paintings are based on geometric forms, ranging from transcribed music to patterns derived from recorded sounds. Other paintings are instinctive synaesthetic responses made by directly applying the colours to the paper or canvas while listening to the music, or a combination of these styles. The choice of music can be my own, or chosen by a client for a commission.”

In 2011 Ali won Merseytravel’s Art on the Network competition “Design a New Skyline”, for the Queensway (Birkenhead) Tunnel. Her “Liverpool Composition” and “Wirral Composition” designs were made into murals on the new cladding, approximately 5m high and 22m wide, and are public artworks on permanent display at each end of the tunnel.