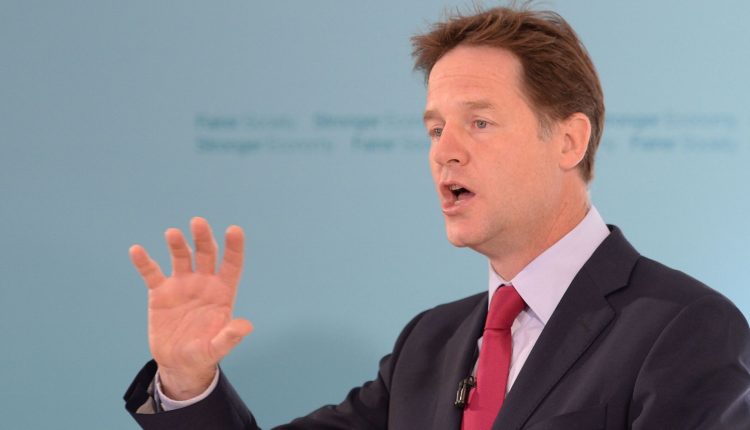 “Genie out of the bottle” on regional powers, says Nick Clegg

In a clear call for greater decentralisation of government, Deputy Prime Minister Nick Clegg has endorsed a more hands-off approach from Whitehall when it comes to regional monetary decisions.

Nick Clegg launched the Northern Futures project in July, which was tasked with developing a more transparent and innovative approach to economic policy making in the North of England. Experts, as well as members of the public were encouraged to share ideas on novel methods of meeting and overcoming these financial challenges.

“If we can break the strangle hold over Whitehall on money, then we can break it on power too. Who controls the purse strings is really important.”

“The heart of it is about money.”

Regarding the “no” vote on Scottish Independence, Clegg highlighted that the referendum had also raised questions and issues engrained in the English political infrastructure.

“It’s about how do we spread the goodies between the North. Other cities are of course included – it’s not just Leeds, Sheffield, etc.

“We need to overcome some of our traditional and very good humoured rivalries between great cities in the North. We have to realise that we are all in the same boat.”

The final proposals from Northern Futures will be further detailed in Yorkshire in November.

“For far too long our economy has remained reliant on London for decisions, funding, subsidies.

“Before the crash in 2008, for every private sector job created in the North, 10 were created in the South. So we became dependent for the hand-outs. Before 2008, no one really noticed the inbalance – money was being generated in the South and shipped to the North but in 2008, the cardiac arrest of the heart of our economy, the merry-go-round went bust in the chaos.

“Now, we are trying to make sure the North is not so reliant on the South and can secure sustainable economic prospects in which the North can stand on its own two feet.”

He added: “It’s not just about creating an economic hub in the North, but to make sure that economic hub that can compete with Madrid, Bangalore, Shanghai for example, which are all competing for capital investment.”

Liverpool Food & Drink Festival 2014 offers a flavour of the city