A Growth Prospectus for Chester is being launched at the headquarters of the Grosvenor Estate in London later this month, showcasing development opportunities in the city. 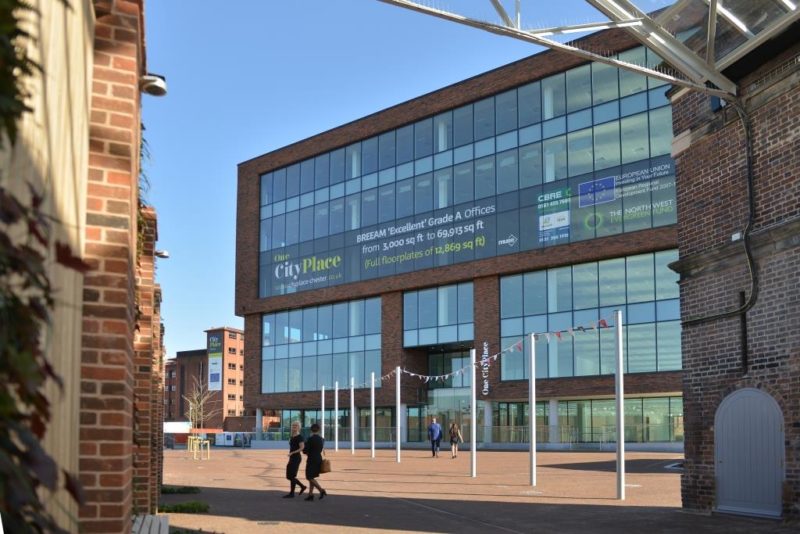 The prospectus highlights Chester’s strengths as a business location and its pipeline of new places to live and work. This includes the Central Business Quarter, which has planning permission to deliver 500,000 square feet of office space, retail and residential accommodation near Chester railway station.

The Northgate redevelopment also features prominently. The plans for open shopping streets and squares include Storyhouse, the forthcoming £37 million cultural centre, as its centerpiece, along with a new hotel with conference facilities and a revitalized market hall.

The London event has been arranged by the Chester Growth Partnership, the organisation charged with taking forward the wider One City Plan for Chester.

“In just a few short years we’ve seen over £250 million of public and private sector funds invested in Chester and over 1,000 new jobs created or forecast to be delivered as a result of implementing projects envisaged by the One City Plan, which was first published in 2012. The strategy was drawn up against a backdrop of austerity and economic uncertainty, but you only have to walk around Chester to see the tangible achievement.

“This is an exciting time for Chester and there’s much more to come.  We are working on upgrades to the rail infrastructure so that Chester has even better links to the emerging Northern Powerhouse.

“We’ve seen the successful completion of schemes such as the Fountains, a mixed-use scheme and One City Place, where Muse Developments has set new standards in terms of specification and quality for office space in Chester city centre.

“The second phase of the new Pepper Street restaurant quarter is coming to the market now and the new bus exchange is taking shape before our eyes. The London event is part of our campaign to make sure that the message about Chester’s success as a premier destination for property investment is shared far and wide.”

“The big picture for Chester is very positive. The city’s location offers many advantages for business and there’s an undeniably attractive lifestyle offer. The regeneration strategy is about building on the strong base of being a heritage city.  One City Place is the fulcrum of a new Central Business District that will help Chester make the most of its potential as a business location and allow the city centre to become more economically productive.”

Sally Pilott, a property lawyer at DTM Legal, and a member of the Chester Growth Partnership’s infrastructure group, said:

“There’s a great deal of energy and focus on unlocking the potential here. Chester sits at the centre of a cross-border economy, between the North Wales and the Mersey Dee region.  We are working on improving rail links. This is a dynamic region where 70,000 new jobs are viable within the next 20 years. Infrastructure will fast track the doubling of our existing GVA to £50.5 billion.”

Anyone interested in attending the Chester Growth Prospectus launch and use this Eventbrite link or emails.pond@marketingcheshire.co.uk