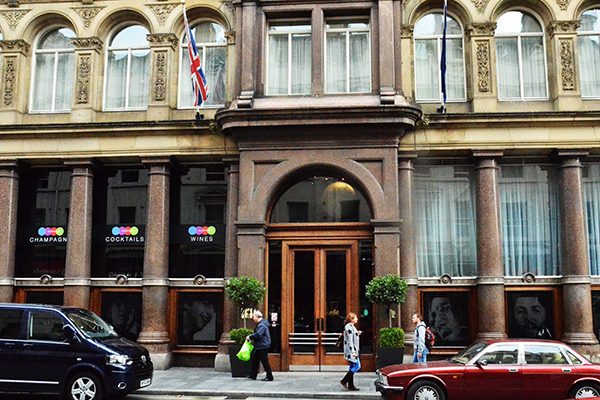 After beating off stiff competition from across the North West, the Beatles inspired venue located on North John Street, has become a finalist in the ‘Best Customer Service’ category.

Hosted by Downtown in Business in association with DQ magazine, the awards ceremony will be held at Hilton Liverpool on Thursday, September 15 and will see the arrival of key members of the city’s thriving visitor economy.

“After being crowned ‘Hotel of the Year’ in the inaugural 2015 ceremony, it is so rewarding to have been shortlisted once again in such a prominent category, which aims to recognise and applaud the continuous efforts of our dedicated team members.

“In order to uphold our pristine reputation for delivering an authentic Beatles experience like no other, we pride ourselves on our customer focus. To ensure that all of guests whether they be tourists travelling from afar or local residents, we go above and beyond to cater for their individual requirements to allow them to get the most out of their stay with us.”

In addition being shortlisted in this year’s Work Hard, Play Hard Awards, the venue scooped the notable ‘Hotel of the Year’ title in last year’s ceremony. The hotel was also named ‘Wedding Venue of the Year’ in the Eat, Sleep, Drink Awards 2015, achieved ‘Top Rated’ status in the LateRooms.com ‘Simply The Guest Awards’ 2015 and received a TripAdvisor ‘Certificate of Excellence’ for the fourth consecutive year. Most recently the venue was crowned ‘Luxury Grand Hotel of the Year’ in the Luxury Travel Guide Awards 2016.

“Having continued to receive high applause for our efforts in delivering a genuine friendly approach to customer service since the hotel’s establishment in 2008, we hope that our customer focus will also impress the judging panel.

“Once again the standards of this year’s entries are of high calibre so we are honoured to be amongst some of the city’s most prominent hospitality and lifestyle businesses. A sincere good luck to everyone that has been shortlisted.”

The White Company signs up to Liverpool One