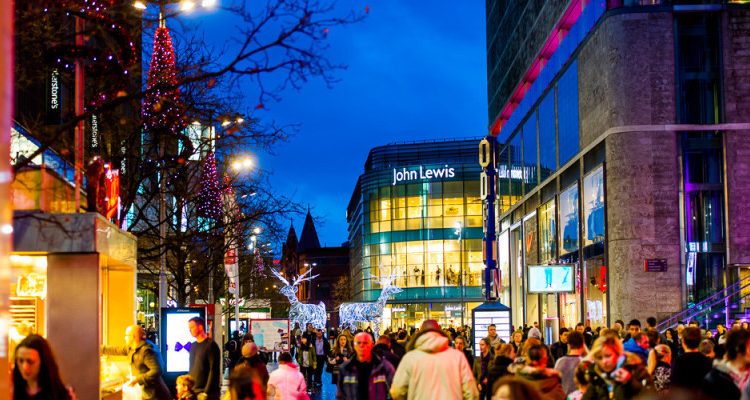 Retail and leisure destination Liverpool ONE recorded a 7% increase in sales and attracted a record-breaking 27.5 million visits in 2014, significantly outperforming retail performance elsewhere in the UK.

Boosted by a bumper Christmas, the city’s flagship retail destination saw sales, customer spend and footfall at an all-time high. Sales during the Christmas period were up 15% compared to 2013 as millions of festive shoppers flocked to the award-winning destination.

Liverpool ONE also saw an 8% increase in sales within its leisure sector. Bars and restaurants contributed strongly to its overall performance with new brands including Côte, Tortilla, Bill’s, TGI Friday’s and Manzo joining the line-up in 2014.

Overall more than 20 new brands opened within Liverpool ONE during the year, including Michael Kors, a significantly upsized Zara, Cadenzza and a further 13 pop-up stores.

A staggering 90% of the new stores opened at Liverpool ONE within the last two years are new to the North West and have helped contribute to the 52% increase in trading experienced since its opening in 2008.

“2014 was a record-breaking year for Liverpool ONE with outstanding results from beginning to end. We experienced exceptional footfall at the start of the year with almost 10% growth in January and finished with our busiest Christmas period on record. Christmas week was followed quickly by a record-breaking Boxing Day. To top it off we significantly outperformed national retail spending and saw healthy footfall growth despite a backdrop of flat UK performance”.

Clothing and accessories remained among the most successful retail categories. Fashion associated sales accounting for 53% of customer-spend with the higher end retailers, such as Michael Kors, Ted Baker and Hugo Boss, leading growth within their categories.

“2015 is set to be another exciting year for Liverpool ONE. We’re confident our visitor total for the year will top the 28 million mark and footfall during the first week of January is already up 13%. As we continue to welcome more and more visitors from the city and beyond we’ll also unveil new brands, ensuring the offer at Liverpool ONE continues to exceed expectations.”

The Brink to toast to a Drier January on Tuesday 13th