A group of 20 artists have been brought together to embark on this year’s Emerging Artists Programme in Liverpool. 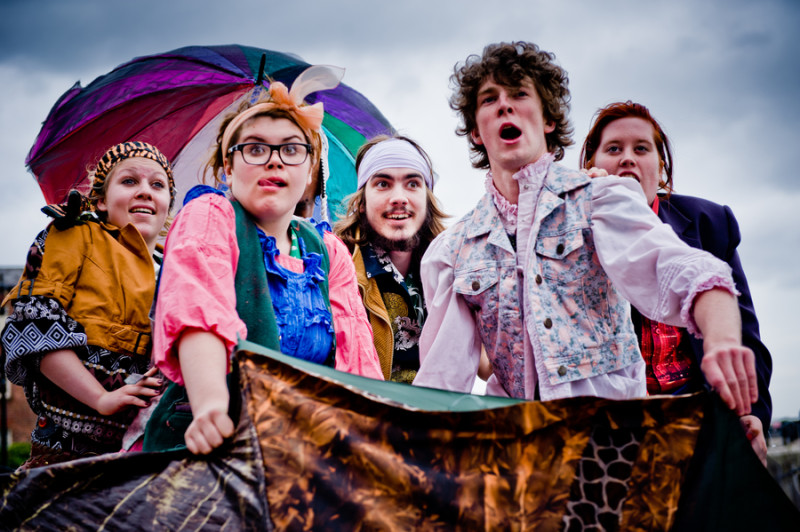 Creatives were invited to apply for the six-month development programme – and organisers say the quality of this year’s intake is “extremely high” with applications coming from as far afield as Turkey and Zambia.

The Emerging Artists Programme (EAP) is an experiential training performance programme. This year’s successful intake of creatives came together for the first time this week to start work on a number of EAP2016 projects.

The group range from aged 19 to 56-years-old and hail mainly from Liverpool with some from other areas of Merseyside. Reinforcing their international reputation, EAP2016 also includes Liverpool-based artists who originate from Italy, Mexico and Spain.

Collectively the trainee company offers a wealth of talent and experience, and consists of a director, movement director, musical director/composer, two designers/makers, 12 performers, producer, stage manager, and a production manager.

Their first project is Tent! – a challenge in itself as this will be their first performance in front of an audience as a group, after just two weeks together and with only three days to develop their own production.

Tent! will be a durational performance with audiences arriving at any time between 5:30-9:30pm on Thursday 23 June at Hope Street Ltd premises, part of Festival 31, a month-long festival celebrating arts and culture from refugee communities which runs between 20 June and 20 July.

An immersive experience of part performance and part installation, Tent! was originally created for Light Night by three former EAP artists who met on the programme in 2014. The artists, director Roisin Fletcher, designer Laura Lomax, and musical director Luke Thomas will task the new company to create their interpretation of the piece.

Delivered by Hope Street Limited, the Emerging Artists Programme is now established and well respected within the industry as the perfect introduction for people to develop and grow their skills and experience across a number of creative platforms.

The EAP2016 programme is subsidised, enabling it to be free of charge to participants. Hope Street Limited is dedicated to the development of artists, artforms and arts in the community.

Hope Street Limited is a registered charity and has been supporting emerging artists in Liverpool for 27 years. It is a National Portfolio Organisation of Arts Council England, and is funded by Liverpool City Council through the Culture Liverpool Investment Programme.

“Each year we are inspired and encouraged by the quality and quantity of applications for the Emerging Artists Programme – and 2016 is no different. This has been one of the most successful responses we have ever had, especially in terms of diversity. We received applications from a diverse range of nationalities, abilities, ages and backgrounds – which really does highlight just how far word has spread about the project.

“The calibre of applicants was so high that we were faced with some very tough decisions. However, we are delighted that some of the creatives who never made it into this year’s company are still so keen to be involved that they are volunteering for some of the individual projects during the programme – which is testament to what EAP strives to achieve.”

A spokesman on behalf of the Emerging Artists said

“After meeting today we are excited to plough through an intensive 6-month programme; making new and innovative performance work to share with Liverpool.”

Other key projects for EAP2016 include The Many Faces Of Francis Bacon – a masked invasion of Tate Liverpool’s hidden spaces; The Last Utopian – an immersive theatrical game in Liverpool city centre set in a dystopian sci-fi world; and The extraordinary journey of the Fakir who got trapped in an Ikea wardrobe, a devised play at the Everyman Studio inspired by the best seller of the same title.

In addition to creating spectacular performances, all Emerging Artists participate in Business Matters, a programme to provide candidates with the knowledge, skills and experience necessary for working in the arts and cultural industries.

Business Matters will focus on vital skills including producing a career-orientated biography and CV; building a portfolio of work; and attending seminars from key organisations to build their career knowledge including Arts Council England, Culture Liverpool and Equity.