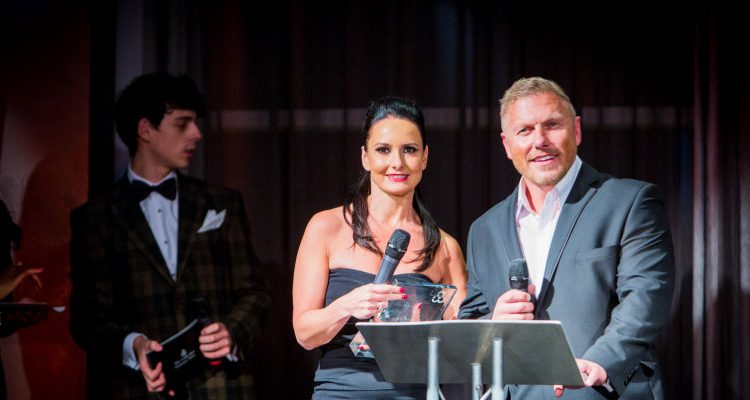 Signature Living Group scooped a major award last week for refurbishment of the luxury 30 James Street Hotel, with judges commending them on the transformation of former Titanic HQ on Liverpool’s iconic waterfront.

The Liverpool-based hoteliers, who transformed the former White Star Line HQ into the Titanic themed 30 James Street Hotel, picked up the “Independent” accolade at the Collective Honours awards on Saturday.

Judges including BBC Radio 2 DJ Janice Long and Liverpool’s Cabinet Member of Business and Enterprise, Councillor Gary Millar, paid tribute to the company’s restoration of the building which was left derelict for more than a decade.

The 65-bedroom hotel and spa opened in the summer and contains many of the original artefacts left behind by its former White Star Line occupants. The hotel also boasts a high-end rooftop champagne bar and restaurant with breathtaking views of Liverpool.

Signature Living’s husband and wife team, Katie and Lawrence Kenwright, collected the award in front of over 500 guests at the awards bash wish recognised people and business from across the North West.

Hollywood actress Kim Cattrall, who was born in Liverpool, was present at the awards to receive an International Icon Award.

“Signature Living are very deserving recipients of this award particularly for their restoration of the 30 James Street Hotel.

Their work to restore other dilapidated building’s in the North West was also rightly celebrated.”

“It is pleasing that our work has been recongised by readers of the Collective Magazine. I was proud to receive this award on behalf of everyone at Signature Living.”

For more information about Signature Living or any of their exciting developments, please visit: www.signatureliving.co.uk or call 0151 236 0166