House of Suarez has announced the return of the Vogue Ball for 2016 as the company celebrates its 10th birthday. 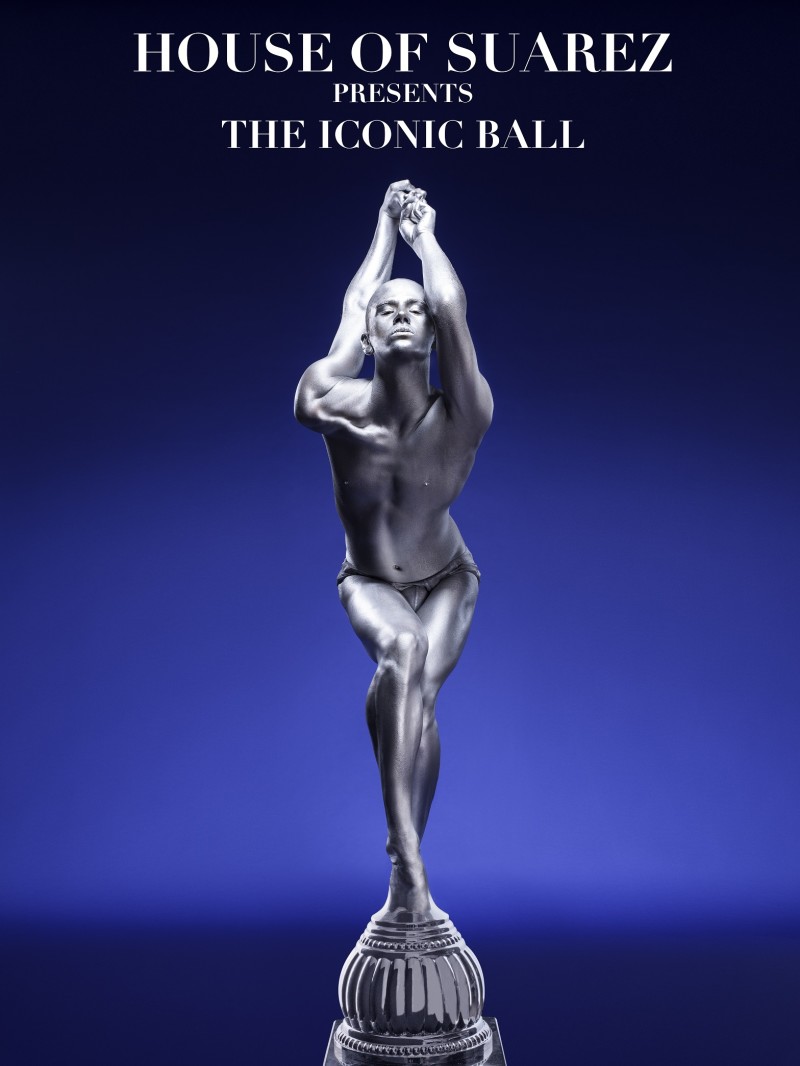 Tickets are now on sale for the Vogue Ball, which will take place on Saturday, 15th October and House of Suarez is excited to reveal a brand new location for 2016. The multi award-winning event will take place in Liverpool’s hottest new arts and performance space – the Invisible Wind Factory.

Based in the heart of Liverpool’s Docklands, this abandoned warehouse has been transformed into a buzzing hub of creativity by the team behind the Kazimier, one of the city’s best-loved gig venues, and is the perfect space for the Vogue Ball 2016.

An international sensation, The Vogue Ball in Liverpool is a dance event like no other in the UK – where club culture meets high art. Now in its eighth year, the Ball has reached iconic status and so the theme for 2016 is, fittingly, The Iconic Ball.

“To celebrate the 10th birthday of House of Suarez we’re rolling out the red carpet with a huge celebration this year. House of Suarez is honoured to now have legendary status as one of the biggest Vogue Balls in the country and one of the highlights of the cultural calendar.

“I can’t believe we are now planning our eighth Vogue Ball in Liverpool. We have grown and developed the event, establishing it as a key highlight in the social calendar, but now we’ve also completed our third year in Manchester with each ball selling out and have plans to bring it to Leeds this year.”

House of Suarez will transform the Invisible Wind Factory with an even bigger catwalk for 2016. The 50 foot long runway will be reminiscent of 1970s/80s New York (the home of the Vogue dance style) at its most glamorous.

The Iconic Ball will also see the return of host with the most, Rikki Beadle-Blair who admits it’s his favourite event of the year.

The increasingly popular Vogue Ball is the dance event to end all other dance events, giving Voguers the ultimate evening of all things fierce and fabulous.

Vogueing often imitates the perfect lines and flexibility of model poses seen in magazines such as Vogue, the fashion magazine from which the dance style took its name.

The Iconic Ball invites the best Vogue teams [known as ‘Houses’] to battle it out in a fight for ultimate dance supremacy. Last year’s event saw a record number of ‘Houses’ participating in the Sugar Ball, where the theme was sugar and spice and all things naughty but nice!

“The Vogue Ball is unique in that it is a celebration of the gay culture born in New York with fashion and theatre binding together extravagance and severity.”

“We invite the Houses and audience to interpret our theme – iconic. What does iconic mean to them? It could be anything – an image, an emblem, a brand, a landmark or an idol – someone who represents power and success or glamour and talent – it could be the Oscars, the Eiffel Tower, Michelangelo’s statue of David, actress Audrey Hepburn or Rolls Royce… Expose your inner ego and let your imagination run free!”

(STRICTLY AN OVER 18 EVENT)