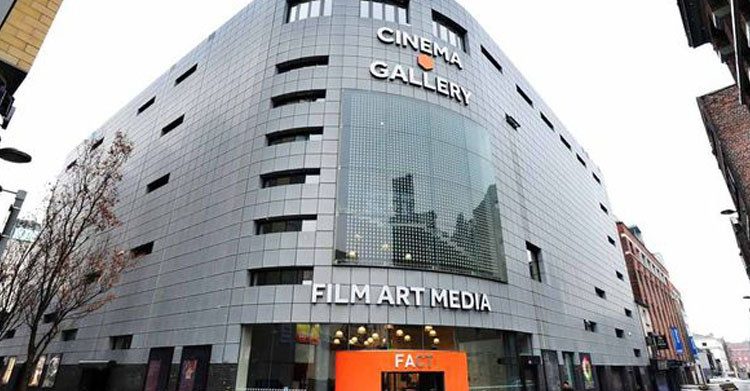 The DREAM FACTORY, one of the largest formal gatherings of U.K. film talent and executives in recent years taking place in Liverpool today and tomorrow (July 14 and 15) reveal their stellar roster.

With all activities taking place at FACT, U.K.’s leading media arts centre, Day One kicks off with back-to-back sessions with two renowned British directors. First up will be Liverpool-born Nick Murphy (The Awakening, Blood), who gets things going in a conversation with writer Kevin Sampson.

Legendary director Mike Hodges (Get Carter, Croupier) follows as he talks with The Independent’s Barry Forshaw.

Sessions on Day One will cover diverse topics ranging from how to  build a filmmaking career on a shoestring budget to the film industry as seen by top female film professionals to an introduction to some of the U.K.’s newest filmmaking talents. Participating in these sessions are such prolific filmmakers and executives  as Guy Heeley (Locke), 42’s Ben Pugh and Rory Aitken (Welcome to the Punch, Shifty, Autobahn), IM Global Founder and CEO Stuart Ford, Creative England’s Caroline Cooper Charles and Tina Gharavi (Mother/Country).

The afternoon wraps with a conversation with award-winning director Mike Newell (Harry Potter and the Goblet of Fire, Four Weddings and a Funeral, Donnie Brasco) before Day One comes to an end with two special sneak previews, starting with the upcoming groundbreaking BBC 3D film ENCHANTED KINGDOM which will be preceded by a Q&A with director Neil Nightingale and producer Amanda Hill, and the evening closing with 71.

DREAM FACTORY’s Day Two will bring a sharp and insightful focus on the business of film. Every aspect of the film business will be covered with panels and workshops on financing, distribution, production, marketing and publicity. This day of global industry overview will feature producers, distributors, financiers, and publicists who have worked on such award winning and critically acclaimed films as The Artist, Slumdog Millionaire, The Grand Budapest Hotel, The Butler, Locke, Philomena, The Iron Lady, Gangs of New York, A Single Man, Walking on Sunshine, and Life of Pi.

Day Two comes to a close with two special sneak preview screenings of top British films that will be released later this year: CATCH ME DADDY and WHAT WE DID ON OUR HOLIDAY with the film’s director Guy Jenkin and producer Dan Winch introducing the film.