With plans to demolish Birkenhead Market and build a new facility by 2025, Wirral Council has released images of a proposed temporary market in the town. Tony McDonough reports

Wirral Council has released images of how Birkenhead’s new temporary market will look.

The town’s current permeant market is to be demolished and a new facility built to replace it. Wirral Council aims to have it open by 2025. But in the meantime it has earmarked a retail unit and outside space in St Werburghs Square.

Councillors on the Economic Regeneration and Development (ERD) Committee will be asked to approve the plan on June 8. It is hoped that the temporary market will be operating from early 2022.

This will then allow time for the current site to be cleared and development of the new market to take place while also allowing for continuity of the Birkenhead Market offer from its temporary location.

The costs of the temporary Market would be met by the Government’s ‘Future High Street Funding’ already secured by the council, with day to day on-costs being met through existing Market budgets.

However, there is concern among existing traders that the temporary location will only have space for 24 stalls inside and 24 stalls outside. Currently there are 72 traders based at the market. The council says those who miss out will be given help and advice on alternative premises across the town centre. 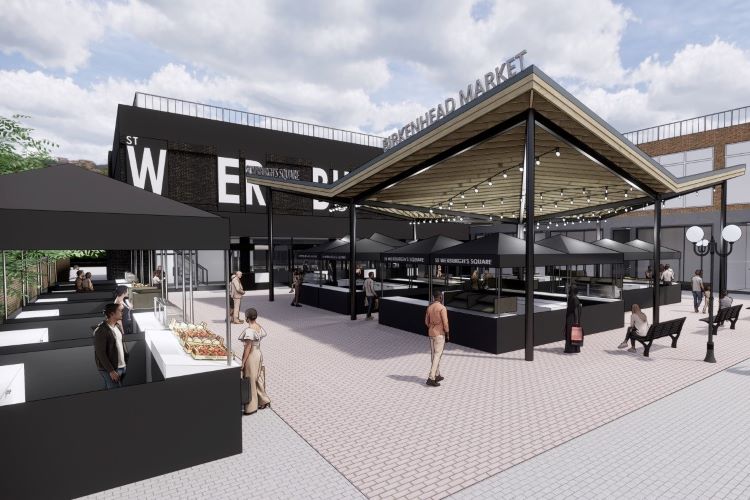 Chair of the ERD Committee, Cllr Tony Jones, said: “Birkenhead Market is a vital element of the retail offer in the town centre and its success is essential in ensuring Birkenhead’s wider appeal to shoppers and visitors.

“The new location will ensure the market is kept at the heart of Birkenhead town centre, retaining it for regular customers and giving the traders the chance to attract even more customers.”

The council took over direct management of the market in February 2019 after buying the site to enable the major redevelopment of the town centre through the Wirral Growth Company.

Previous options such as the move to the former Marks and Spencer retail unit was ruled out due to the significant high cost. And the possibility of moving to a box park using shipping containers on Europa Boulevard was also dropped after traders raised concerns about its distance from the main shopping area and additional high costs.

Ships on the Mersey and high and low tides on Wednesday, June 2