Property investor Kinrise is transforming the Grade II-listed Martins Bank Building in Liverpool into a small business hub and has unveiled its vision in a series of images. Tony McDonough reports

Property firm Kinrise has released a set of images outlining its vision for the transformation of Martins Bank Building in Liverpool.

Kinrise, which acquired the 210,000 sq ft building in August 2021,  plans to turn it into a hybrid mix of work, social and restaurant space. It is working with architects Red Deer and Brock Carmichael.

Located next to Liverpool Town Hall in Water Street, the Grade II-listed building has been closed since 2009. Despite numerous projects and ideas it has remained empty except for a handful of events and film sets.

Completed in 1932, Martins Bank performed an important strategic function when its vaults were used to store the bulk of England’s gold reserves, 280 tonnes, as part of Operation Fish in World War II. It was part of an overall plan to move the country’s wealth to Canada in the event of a German invasion.

Formal plans, designed in consultation with Historic England and Liverpool City Council, have been submitted by Kinrise. Enabling works are now under way. Upon completion in 2024, the building will house community-focused spaces, hospitality outlets and 140,000 sq ft of office space. 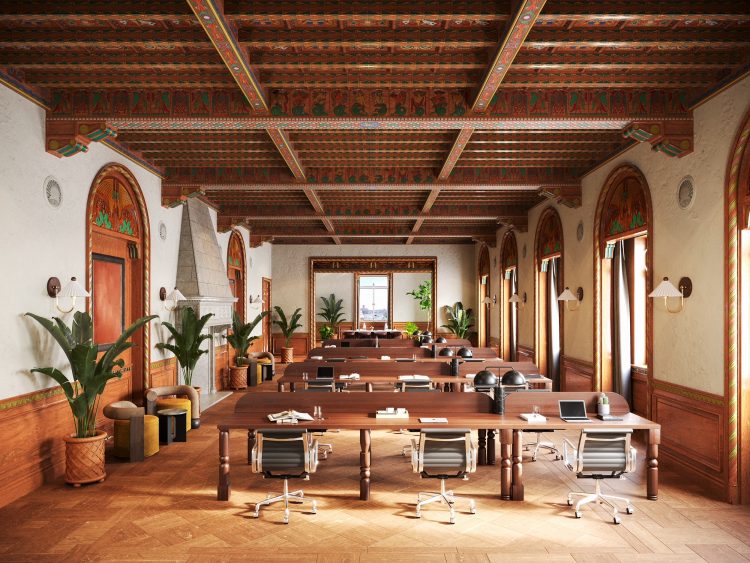 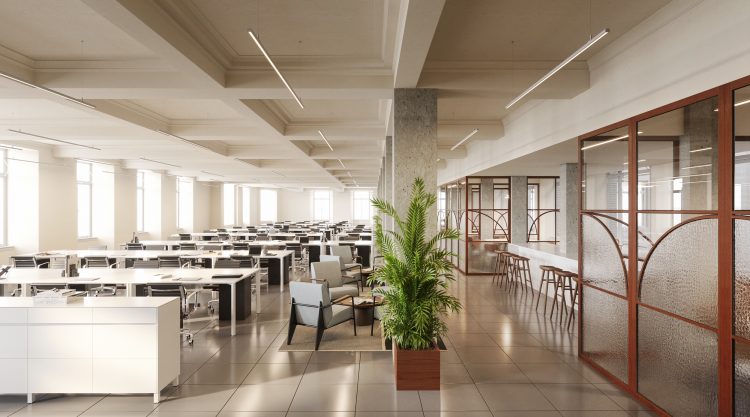 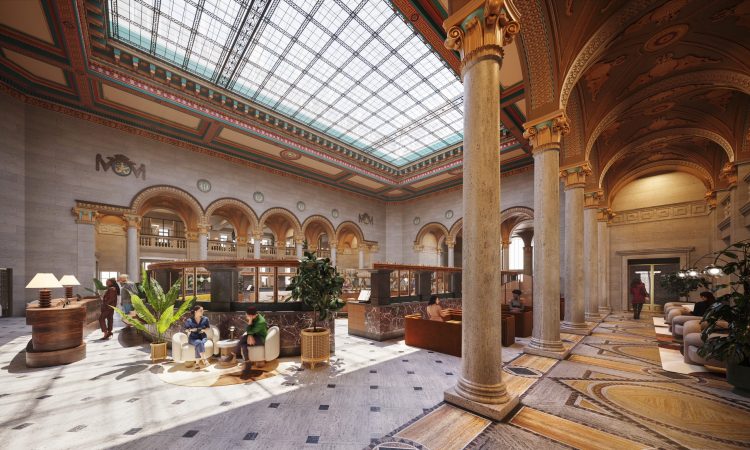 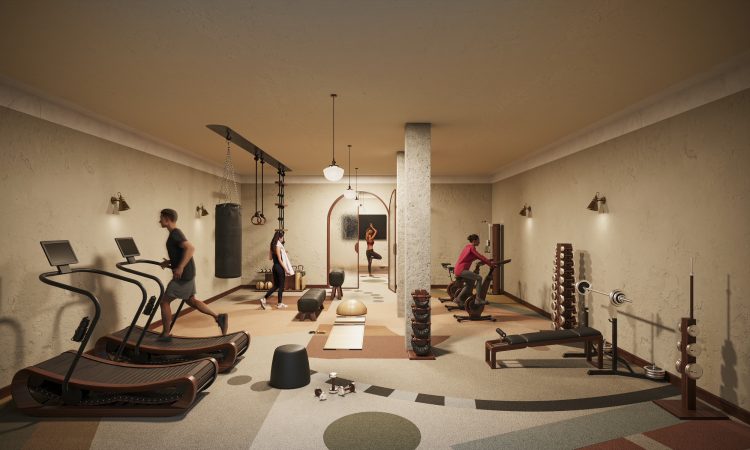 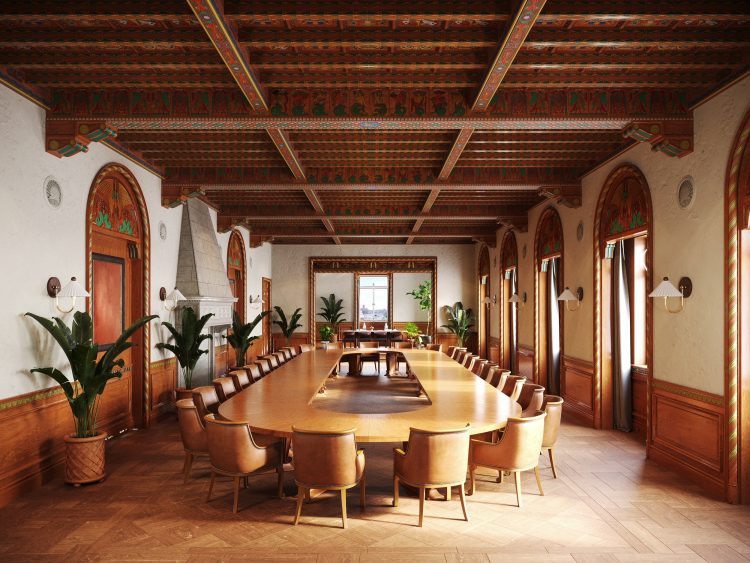 Kinrise plans to create welcoming, publicly accessible spaces within the spectacular former banking hall on the ground floor of the building. It offers an extravagant display of travertine and bronze. And it is now set to become a multifaceted space, featuring a cafe and restaurant as well as meeting, co-working and event areas.

Original features will be retained and restored, maximising the abundance of natural light that flows into the building. Kinrise says Martins Bank will become a carbon neutral building.

A community manager has already been appointed to oversee the implementation of cultural events. Employed across all of its buildings, the Kinrise cultural, health, and impact programme is designed to inspire tenants to “connect and grow” through events, food, art, music and community engagement.

Sam Lawson Johnston, co-founder of Kinrise, said: “We want to play a long-term role in the renewal of Liverpool and hope our renovation of Martins will act as a catalyst for change within the district.

“In a time where Liverpool’s heritage status has come under international scrutiny, we hope Martins will kick-start landlords of other important buildings to begin high quality renovations of their own.”