After its previous scheme was halted by the Government, Liverpool City Council has secured consent to resume landlord licensing across most of the city. Tony McDonough reports

Liverpool is to resume its landlord licensing scheme after winning approval from the Government.

There was dismay at Liverpool City Council when its previous licensing scheme, which ran from 2015 to 2020, was cancelled by the Government. The then Communities Secretary Robert Jenrick said there was not enough evidence of its effectiveness.

However, now a new city council scheme, covering around 80% of rented residential properties in Liverpool, has been given the go-ahead by Whitehall. Targeting areas with housing in poor condition, the scheme will cover 16 wards where at least one in five homes is owned by a private landlord.

Around 45,000 of the 55,000 properties in the original city-wide scheme are covered. It gives the council additional powers to drive up standards and keep vulnerable tenants safe, such as tackling fire and electrical safety hazards, excess cold and damp. 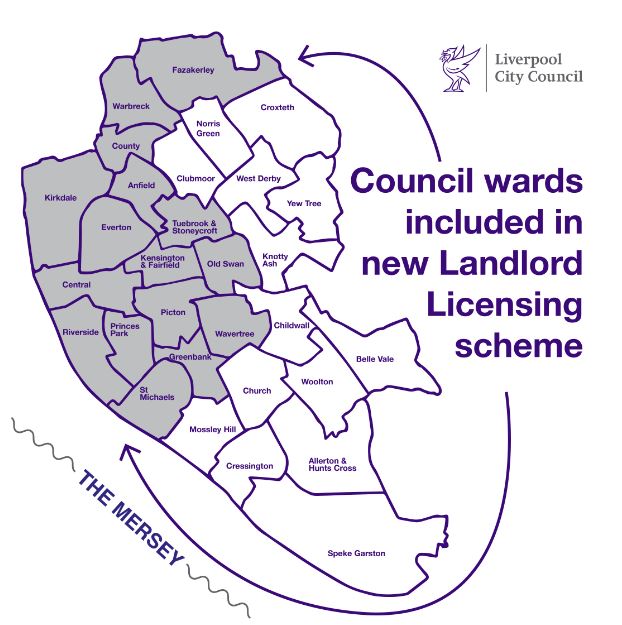 A consultation carried out before the application was submitted in January this year found tenants, residents and partners were generally supportive of the proposal, with landlords and agents against. An evaluation of the 2015-2020 city-wide licensing scheme found:

The scheme is pivotal to the success of the council’s City Plan, which commits partners to making sure all residents live in safe, inclusive and welcoming neighbourhoods. It will be introduced from April 2022 and will run for five years.

“The landlord licensing scheme will give us regulation of private rented houses, so that we can take action when concerns are raised. There is a raft of evidence which shows that council intervention forced bad landlords into taking action to improve their properties.”

Cabinet member for Neighbourhoods, Cllr Abdul Qadir, added: “The council will make no profit from the scheme. Every single pound we get from landlords will be ring-fenced, paying for our team to be out on the streets every day inspecting homes, chasing disrepair.

“We are determined to take the strongest action against those landlords who refuse to manage and keep their properties safe.”

Ships on the Mersey and high and low tides on Saturday, December 4