A landmark leisure site, in Liverpool’s business district, set to be revitalised after investors made pledges to rebrand and reopen in June. 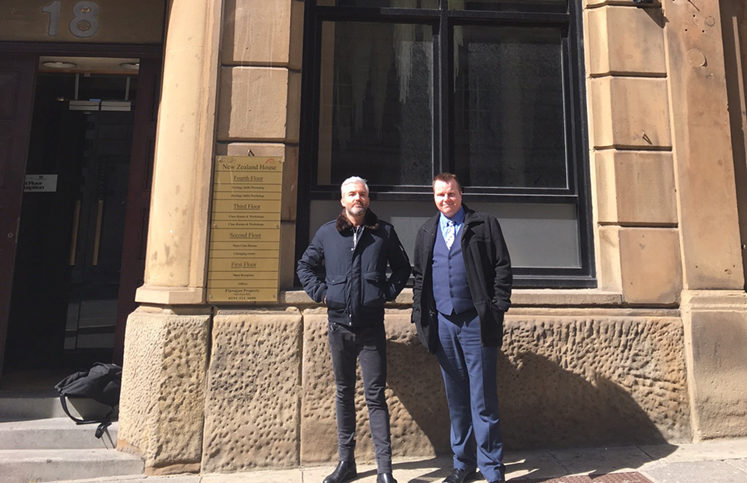 Directors of Know Restaurants Water St, Steven Hesketh and Andrew Duckworth are the joint management behind 18 Water Street, which will create 60 jobs and involve a total investment of £1 million when launched in June.

The project, which operated as an ‘Amanzi’ brand for six months, is currently undergoing structural changes and improvements that will see an event space for 600 people and seating for up to 400 people, including a unique bar and restaurant concept.

“We are keeping the background to the inspiration for the brand and venue under wraps for now, but it has already attracted the eye of IFB 2016 and we will be putting on a networking showcase for them, as well as private events in June.”

18 Water Street is among several high-profile openings in the area, led by fiercely independent businesses, including Santa Maluco and Mowgli, which are also opening on the same street.

“This is a really interesting time for the business district given that it has previously been dominated in the vicinity by national leisure chains. There is a real appetite for independent businesses to change the landscape and the circuit to offer more individual dining and entertainment.”

Enchanting story to be told at Epstein theatre