Advanced and Higher Apprentices from Liverpool are being encouraged to register to take part in what is set to be the UK’s biggest ever Apprenticeship graduation ceremony. 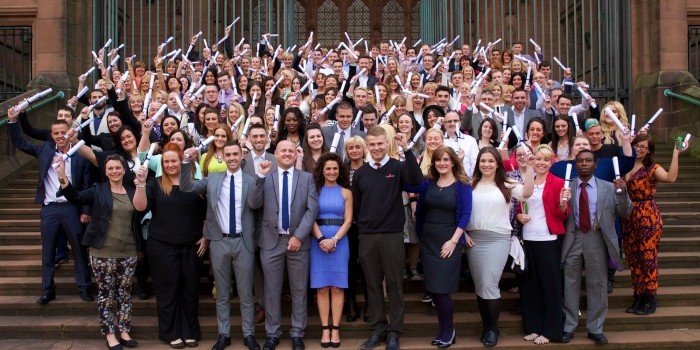 Over 1,000 Advanced and Higher level Apprentices from across the Liverpool City region are expected to take part in the high-profile event at the Anglican Cathedral on 30th July.

Entries for registration close on July 21st and Liverpool City Region Apprenticeship Hub is encouraging young people to ensure they’re included in this prestigious ceremony by signing up to attend.

The ceremony will recognise those who have achieved advanced or higher level apprenticeships in the period from 1st May 2014 to 1st May 2015.

“It is the Government’s ambition, and mine, for it to become the norm for young people to achieve their career goals by going into an Apprenticeship or to University or, in the case of some Higher Apprenticeships, doing both, and for there to be two routes to success that are equally recognised as stretching, challenging and rewarding.”

The Apprenticeship graduation aims to give apprentices from the six Liverpool City Region boroughs, Halton, Knowlsey, Liverpool, St Helens, Wirral, the same recognition that university students receive upon the completion of a degree. It will also raise awareness of the great employment opportunities available to young people who choose the apprenticeship route.

This year will mark the second time the event has taken place, following the huge success of the inaugural celebration last year.

The LCR Apprenticeship Hub is expecting over 3,000 people to attend the graduation, which will be held over two sessions to accommodate the apprentice graduates and their family and friends.

The first ceremony will begin at 2pm and the second will follow at 6.30pm. The Liverpool City Region Apprenticeship Hub is looking forward to welcoming those who have achieved their Advanced or Higher Level Apprenticeship to the celebration at the Cathedral alongside their colleagues, family and friends.

When combined, an Advanced Apprenticeship is equivalent to 2 A level passes and higher Apprenticeships from levels 4, 5, 6 or 7 form the equivalent of Foundation degree level right up to Masters level.

For more info or to register, please email: enquiries@apprenticeshipswork.org.uk