With more than 40 years in the hospitality sector, Mike Dewey has joined the team at the Wirral based castle ahead of acompany-wide rebrand, following a £3 million refurbishment. 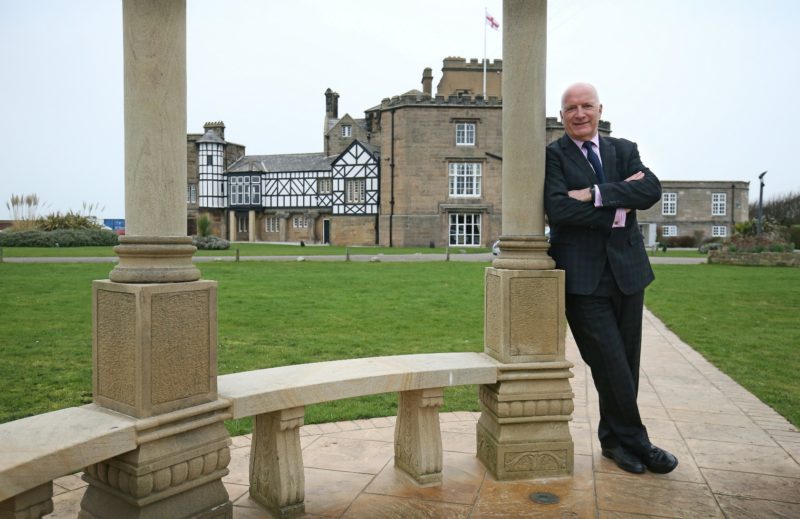 Leasowe Castle has welcomed a new general manager as part of the venue’s ongoing transformation.

Mike, 59, brings with him a wealth of industry experience, which has seen him at a number of hotels across the North West.

He said: “What originally attracted me to Leasowe Castle was the venue’s unrivalled historic charm and heritage, whichcertainly sets the castle far apart from its competition around the region. The venue offered me a totally unique opportunity and I look forward to utilising my knowledge and expertise in its day to day running from this point.

“Following the investment to refurbish the interior, we are set to unveil a major rebrand in the coming weeks and I will be leading the team as we move towards a new chapter for our 500-year-old castle. It’s certainly an exciting time for myself, our staff and for all of our guests.”

Prior to his time at the North John Street venue, Mike also managed a Queens Moat Houses venue for over 16 years and an Edwardian Hotels site for a prior two years.

He was also Chairman of Liverpool Hoteliers Association from 2011 – 2014.

Owner of Leasowe Castle Bhupendra Gandhi said: “Following my acquisition of the property in 2015 and its subsequent interior refurbishment, I am keen to embark on a new era for Leasowe Castle; ever enhancing what the venue has become since its establishment in 1593.

“I am thrilled that Mike has joined our team, as he is sure to steer us in the right direction as we head towards an exciting future for all involved.”