Part of Lime Street in Liverpool is to be closed from Monday 23 May to enable specialist contractors to make the derelict former Futurist Cinema safe. 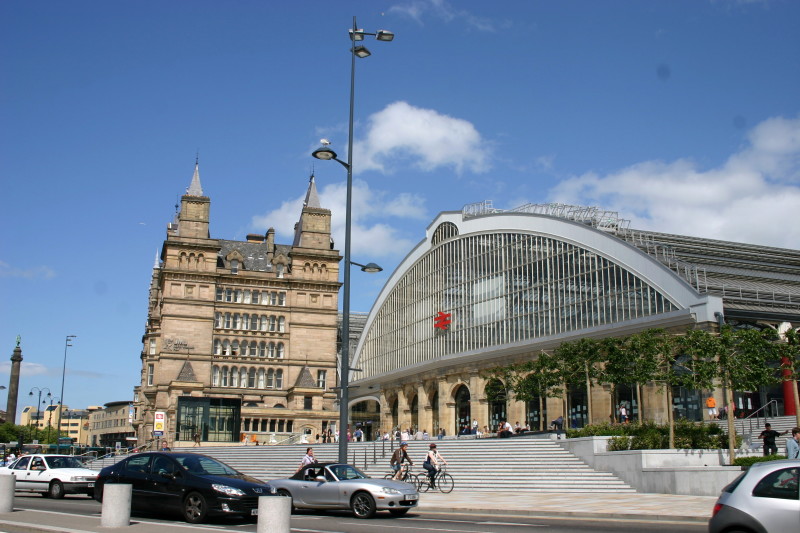 Independent building safety inspectors found last month that the condition of the structure on Lime Street has deteriorated with internal collapse, leaning walls and a high risk that cladding tiles may fall off.

Since then, a further independent report has found it is in worse condition than first thought, and structural experts fear the entire façade could collapse when work begins to make it safe.

The city council asked the Court of Appeal on 16 May to consider an alternative plan which would have meant taking the structure down to ground level without closing the road. This was rejected by a judge following an objection from SAVE Britain’s Heritage who, at an earlier hearing on 6 May, unsuccessfully attempted to get the essential safety work halted altogether.

In order to prevent any risk to the public or contractors the road will be closed in both directions and the work will now be carried out remotely from outside the building using a crane and cherry picker to carefully remove unstable pieces of the structure.

The road will be closed in both directions from Skelhorne Street to Copperas Hill from 6am on Monday 23 May and is expected to reopen at 6am on Thursday 26 May. Pedestrian access will be maintained on the side of Lime Street opposite the Futurist.

“We completely appreciate that this is going to cause a significant amount of disruption for motorists and bus passengers, but public safety has to be our priority and we have to comply with the conditions of the Court.

“We will be carrying out the work as quickly as we can and have endeavoured to remove the minimum amount of façade possible needed to make it safe.

“Anyone who has seen the photographs or the video footage of the inside of the Futurist will know what a terrible state it is in, which is exactly why we have brought forward a regeneration scheme to breathe much-needed new life into Lime Street.”

The following diversions will be in force:

There will also be a secondary diversion route for motorists on Renshaw Street who have missed the advanced diversion signs on Berry Street: Copperas Hill, Seymour Street, London Road and Lime Street.

Winter Wonderland Manchester is back with a ‘Boom Boom’ for 2016