The shortlist for this year’s Livercool Awards, which will be held at the Crowne Plaza hotel on November 16, has been announced. 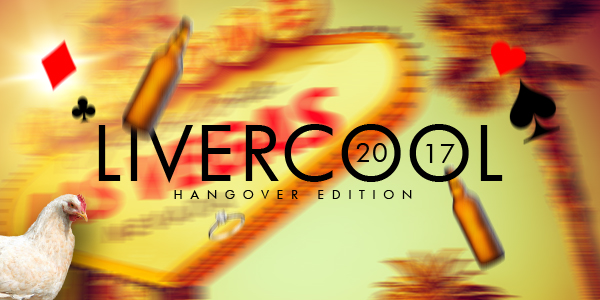 The awards ceremony, now in it’s fifteenth year and hosted by Downtown in Business, is one of the best attended events in the city region, attracting around 400 delegates each year. It exists to celebrate the successes of business leaders and entrepreneurs operating in Liverpool and who have contributed to the city’s economic growth over the past twelve months.

Decided by the public, with more than 13,500 votes registered in 2016, there are a total of 18 awards up for grabs that aim to recognise both individual and collective achievements – from networker of the year, to specific awards in finance, banking, insurance, hospitality and digital and tech.

More than 80 businesses have made this year’s shortlist, including representatives from MSB Solicitors and Graffiti Spirits Group, who have made the running in more than one category.

She says: “It’s incredibly rewarding to be nominated for this award. I took over operations at YB almost 2 years ago now and we’ve experienced phenomenal growth, not only in terms of our reach and profile, but also in terms of our turnover.

“The team has grown too, from one to four people and we’ve plans for a fifth in the coming months. The nomination might say Jennie Lewis, but this is completely a team effort and absolutely attributable to Tony and Andy too, who’ve been integral in moving things onto the next level.

“As any business owner or entrepreneur will tell you, growing a business is a hard slog and when you’re in the midst of it, you don’t always appreciate how far you’ve come or what you’ve achieved – you’re just straight onto the next thing. Just to have been nominated is welcome recognition of all our hard work and an indication that we are going in the right direction.”

Frank McKenna, chief executive at Downtown in Business said: “Livercool is now in its fifteenth year and it’s a fantastic celebration of the individuals who are driving the city region economy forward.

“Livercool is a party, it is a celebration, but there is a serious message at the heart of it. It sends the message that the private sector needs to get involved, shape policy and be a part of setting the economic agenda for our city.

“There’s a great cross section of businesses operating in the city represented in this year’s short list and I wish all the candidates every success. We’ll see you on the night!”

You can see the full shortlist for this year’s Livercool Awards here http://www.surveygizmo.com/s3/3823448/Liverpool-Livercool-17-Votes