Japanese tribute act ‘One After 909’ visited The Beatles Story last week (30th June) as part of the celebrations to mark the 50th anniversary of The Beatles’ visit to Japan. During their visit to Liverpool, the Japanese ‘Fab Four’ were given an official welcome by the Lord Mayor at Liverpool Town Hall. 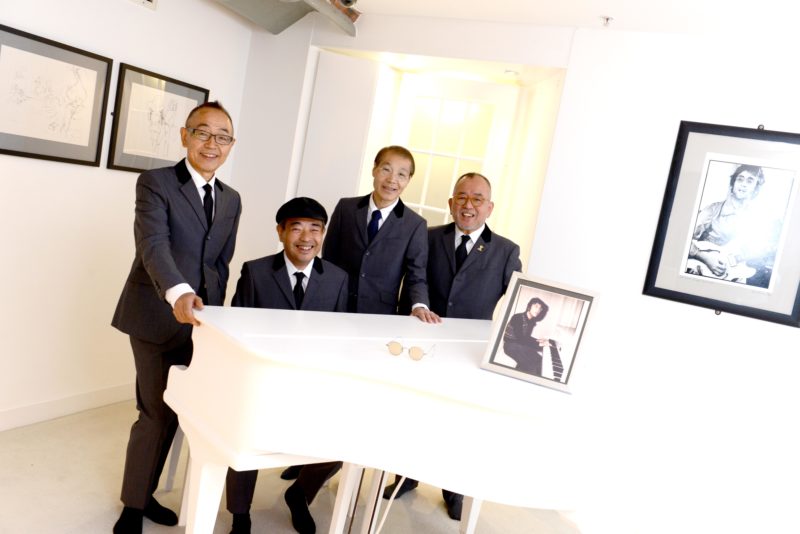 The band were also taken on a tour of the city before heading to The Cavern Club, where they performed.

To coincide with the anniversary, Julia Baird, John Lennon’s sister, joined a delegation of key partners from Liverpool’s culture and tourism sectors on a trip to Tokyo in a bid to strengthen the city’s links with Asia.

As part of the delegation to Japan, Liverpool tribute artist Jon Keats, who is both a director and a regular performer at The Cavern Club, performed to VIPs at The British Embassy in Tokyo. Julia Baird took part in a Q&A session at the event, which was also used by The Beatles Story and Marketing Liverpool as an opportunity to promote the city to the Japanese market.

“It’s absolutely fantastic to have the guys from ‘One After 909’ here all the way from Japan on this significant anniversary.

“It’s widely known that The Beatles were greatly influenced by Japanese heritage and culture. John Lennon himself went on to marry Yoko Ono with Tokyo becoming their spiritual home.

“In fact on John Lennon’s 1973 album “Mind Games”, the love song “You are Here” opens with the line “From Liverpool to Tokyo, what a way to go.”

“We are delighted to welcome “The Japanese Beatles” to Liverpool half a century after The Beatles first visited Japan.

“I am pleased that this important anniversary in the history of Liverpool’s links with Japan is being marked on such a grand scale with celebrations in both Liverpool and Tokyo.

“The anniversary is an incredible platform to promote Liverpool as a tourist destination to the Japanese market and to strengthen our already existing links with Asia.

“The band’s visit to the city is part of a series of events taking place both on a national and international level. We could not have undertaken this opportunity without the support of Visit Britain, the GREAT campaign, Turkish Airlines and our Beatles industry partners.”

The Beatles Story – where visitors can trace the band’s journey from four young lads to becoming the most influential band in the world – along with the city’s other Beatles attractions, are expecting an influx of visitors from Japan on this significant anniversary.