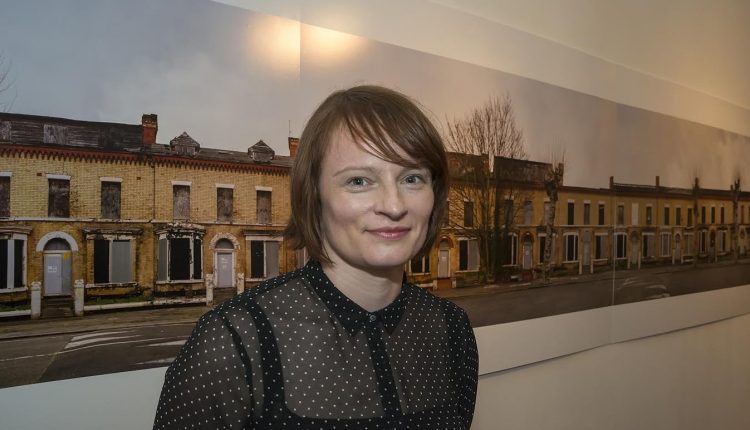 Tabitha Jussa was last night announced as the winner of this year’s Liverpool Art Prize at a special awards ceremony at Edge Hill Station, collecting the main prize which includes £2000 and an invitation to create a solo exhibition at the Bluecoat in 2015. Work from Tabitha and the other two finalists Brigitte Jurack and Jason Thompson, have been on display since 9 May and the exhibition runs until Saturday 21 June. 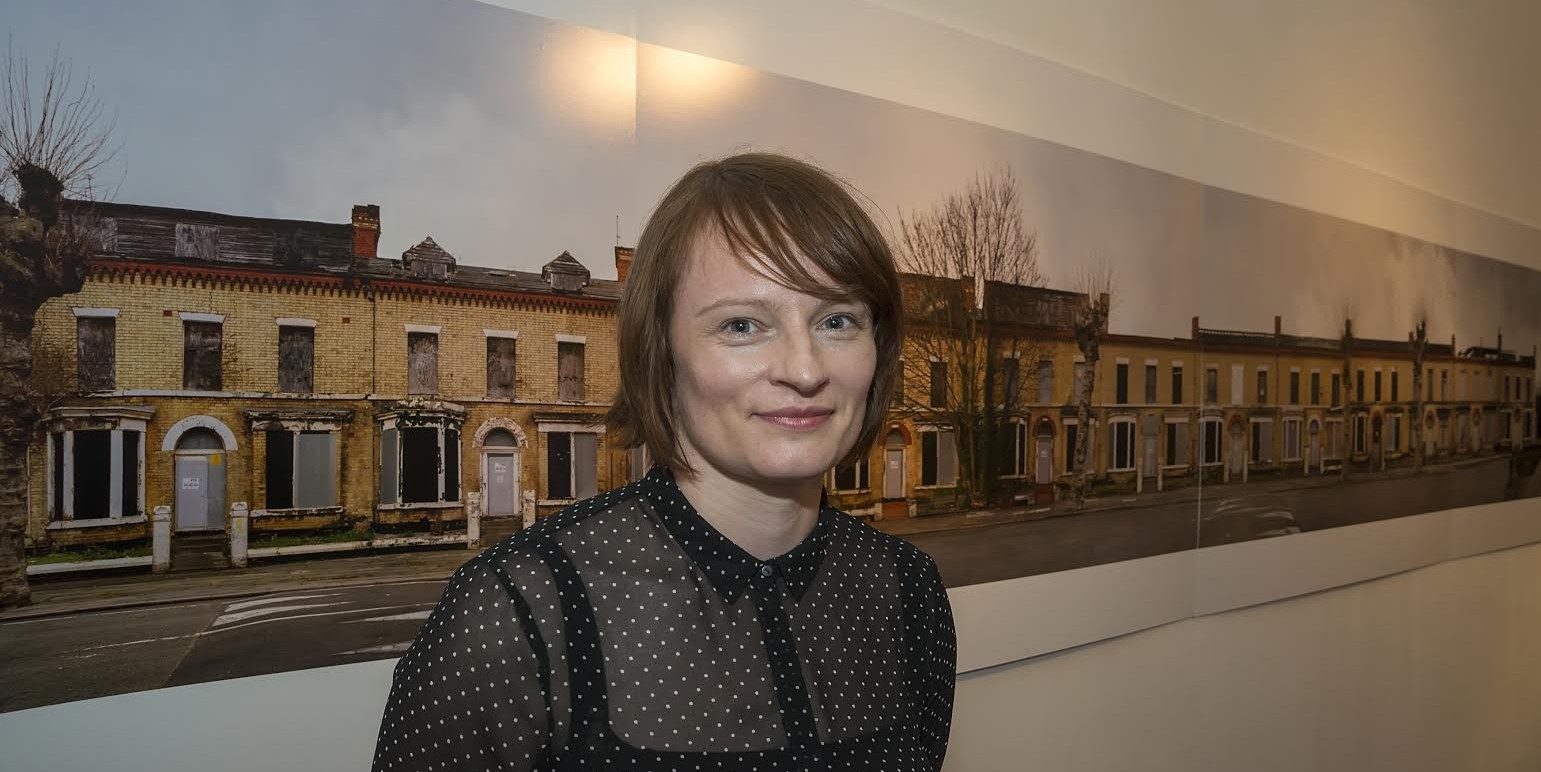 Managed by Metal, the Art Prize is a competition of contemporary art inspired by the Turner Prize coming to Liverpool during the Capital of Culture year in 2008, and celebrates and nurtures the creative talent of artists based or born in the Liverpool region.

Tabitha’s socio-political photographic work has captured match-day crowds and abandoned social housing estates. Her recent large–scale compositions examine whether physical spaces and buildings define who we are. Her entry built upon this body of work by examining high profile, controversial examples of regeneration projects to highlight the triumphs, failures and short sightedness within society of the treatment of people and place.

“I have always been a supporter of the Art Prize since its initial conception. It was an amazing honour to simply be nominated, but to actually win it is an incredible feeling and I can’t quite believe it. I feel very proud that photography can sit aside other traditional art forms such as sculpture and paintings”

For the second year running the main prize winner has also matched the choice of the public as Tabitha also won this year’s People’s Choice Award, which comes with a prize of £1000.

There were other prizes up for grabs at last night’s ceremony as the winners of the two residency opportunities were also announced;Robert D Davies was the lucky recipient of the yearlong residency at Metal and Dinu Li won the month-long residency to China in partnership with Shanghai Art School.

Previous Liverpool Art Prize winners are Tabitha Moses, Robyn Woolston, Imogen Stidworthy, AL and AL, David Jacques and Marcus Soukup. The previous People’s Choice winners are Tabitha Moses, James Quin, Brendan Lyons, The Singh Twins and Elizabeth Willow, who have also gone on to achieve great respect within the industry. Last year Tabitha Moses became the first artist to win both the People’s Choice and the overall prize in the same year. She will be presenting a solo exhibition of her work at the Walker Art Gallery during 2014.

More information can also be found at www.liverpoolartprize.com and www.metalculture.com