21 students from The Academy of St Francis of Assisi (ASFA) recently performed at Wembley Arena to raise awareness of adoption and fostering. 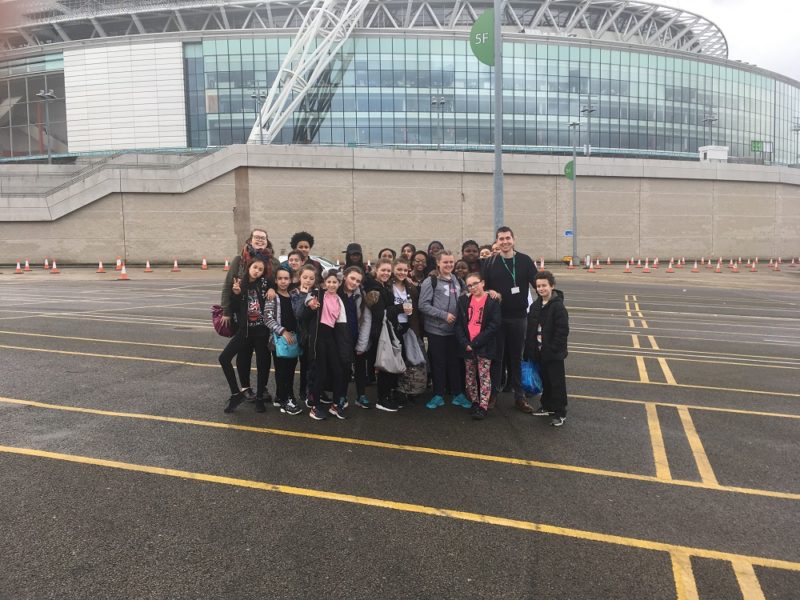 The students are part of ‘Vocalise’, the Academy’s pop choir, and joined 6000 students from across the country to sing at the London venue for Voice in a Million (VIAM).

Led by Jay Stewart, Head of Music at the Academy, the choir travelled to London to perform at the arena in front of more than 4000 people.

VIAM was founded back in 2009 by Robert and Jo Garofalo who, inspired by their experiences of adoption, wanted to create an event that brought together young singers from across the country, highlighting the plight of children in care around the world and the issues and problems facing prospective adopters.

Jo Garofalo, co-founder of VIAM, said: “The need to continue to raise awareness for adoption and fostering remains as important as ever to ensure that every single child is given a loving home – a new family for life.

“If just one child is adopted as a result of raising awareness through the VIAM concerts, then as we continue to grow, the sky is the limit for so many more children in care to one day say aloud ‘there’s no place like home’!”

Tracey Greenough, Head of School at ASFA, added: “It was such an honour to have our students perform at the incredible Wembley SSE Arena.

“This was a once in a lifetime opportunity and some of the singers had never been to London or performed to an audience of that size before.

“Our students were a credit to the Academy and thoroughly enjoyed the experience.

“Music is a huge part of Academy life and as well as national performances, the choir also performs in the local community and in the school as part of the music department’s lunchtime gig series.”

In the same week as their Wembley appearance, Vocalise also performed at the launch of Nugent Care’s Gubay Crisis Fund, celebrating the support of the Gubay Foundation to vulnerable families across Liverpool.