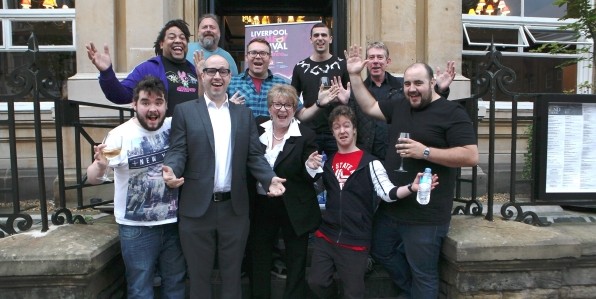 Chuckle muscles are aching throughout the city following the Liverpool Comedy Festival 2015 which has been hailed the best ever. 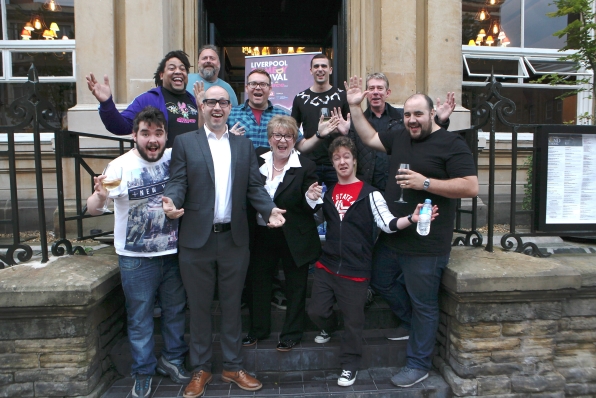 Organisers of the Festival for 2015 welcomed the biggest audience since John Bishop did a seven night run at the Liverpool ECHO Arena. And over 19 venues throughout the city hosted the largest number of comedy acts in the Festival’s history.

This year’s Festival launched at The Old Blind School in September and ran until October 4th featuring some of the biggest names on the comedy circuit from Chatty Man Alan Carr and Phoenix Nights’ Dave Spikey, who entertained the crowds at the Liverpool Philharmonic, to the phenomenal Nina Conti at the Liverpool Playhouse.

Sam Avery, artistic director, for the Liverpool Comedy Festival is delighted with the success of the festival. He said:

“Once again we’ve taken it up a huge notch from the year before. We had more shows, audiences, press, and a diverse line up to try to offer something for everyone.

“As always, we’d like to say a big thanks to Liverpool City Council for their invaluable support.

“Then there was the sponsorship from the brilliant guys at Juice FM – this was a fantastic leg up to help us reach even more people and get the word out that there’s something-a-happening in Liverpool. Amen to that.

“Also thanks to the chaps at the Liverpool ECHO for all their coverage and Liverpool John Moores University for allowing us to be creative with their students.

“I’ve been blown away by the positivity surrounding the Festival. This year’s Festival couldn’t have worked anywhere near as well without the help, support and goodwill that I’ve had from the people behind the scenes, the acts and the audiences in this brilliant city.”

Highlights of the Festival included a screening of cult classic Withnail and I at the ODEON Liverpool ONE where fans got to question stars of the dark comedy Paul McGann and Ralph Brown.

“It was also great to see Alan Carr coming back to fill the Phil for three nights. He’s come so far since playing the Casa on Hope St for three quid in 2003!

“But for me, the biggest success was the feedback from audience and performers, making it feel like a truly special event.”

Funny woman Katie Tracey who performed with Rob Thomas in We Used to Be Fit at 81 Renshaw Street said:

“It was lovely to be involved. Best one ever.”

Meanwhile, Scouse troubadour Steve Gribbin said he “had a ball.”

“It was a true pleasure to be involved with the Liverpool Comedy Festival 2015 and be a part of helping raise awareness of the big names and excellent shows on during the event.

“On air and via social media we had a great response to our daily competitions to win tickets for all kinds of acts preforming in the city, it’s something Juice would love to be involved with next year.”