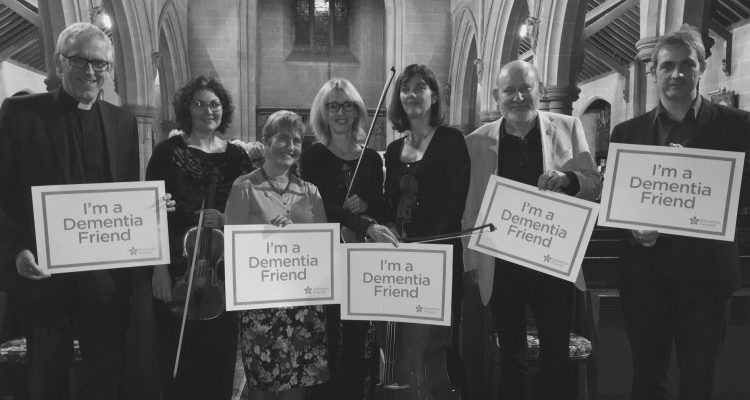 A Liverpool neighbourhood moved a step closer towards becoming a dementia friendly area by hosting an acclaimed and original concert at St. Barnabas Church in Penny Lane. 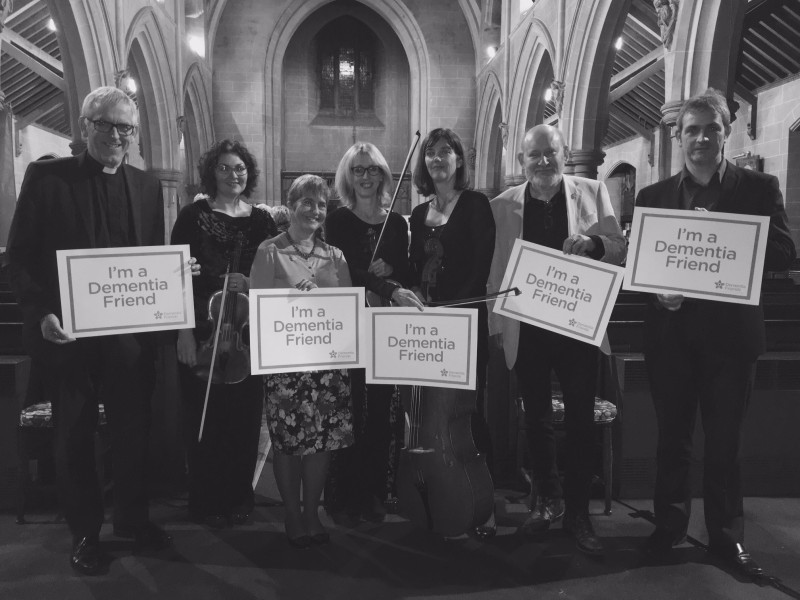 Hidden Voice, a music-with-film composition by the highly acclaimed head of performing arts at Notre Dame Catholic College in Everton, John McHugh, is based on the speech patterns of people living with dementia and their families.

“Hidden Voice’ was 3 years in the making in partnership with Nugent Care and came to fruition in 2014. The aim of the piece is to ‘give a voice’ to people living with dementia. We found that by using the melodies and rhythms in the words, the emotional content in the speech is raised to a deeply moving and poetic level. Hidden Voice has already been applauded by Alistair Burns, the NHS Clinical Director for Dementia and one of the UK’s most respected authorities on Dementia who described it as a unique relationship between music and dementia.”

Members of the Royal Liverpool Philharmonic Orchestra participated in the free event, the brainchild of former Lord Mayor Councillor Erica Kemp CBE who was greatly moved by the piece when it was premiered at the Metropolitan Cathedral in May 2014.

“Hidden Voice is a marvellously evocative and inspiring experience. We attracted both residents and local businesses in the area to spread awareness about dementia in what was a thoroughly moving evening but it really is only just the beginning.”

As part of its drive to engage with communities and businesses throughout the city, Liverpool Dementia Action Alliance supported the event with provision of a Dementia Friends information session, focusing on the message that it is possible to live well with dementia.

“At Morecrofts, we pride ourselves on being a community team. The heart of our firm is in the local neighbourhoods and people we champion. When we were told about this concert it was an immediate decision for us to support it. Our people are passionate about working with local organisations. We see dementia in all its forms and how it can affect families and individuals. Hidden voice is a superb initiative and we were delighted to work with St Barnabas Church.”

Rev Bill Addy said he was delighted to be approached to host this event.

“We know from our work in the community that dementia is a growing problem. The response to it must come not just from the health service but from all sections of the community. This is a problem which will affect every family and we must all become more aware of it and the actions that we must take to deal with it.”