Liverpool’s flagship retail and leisure destination, Liverpool ONE, is celebrating another record-breaking year. 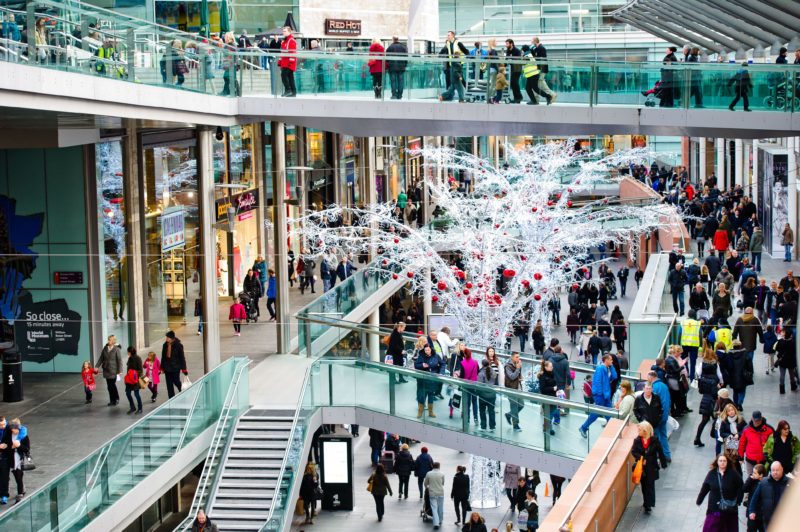 Thirty new stores and restaurants launched or under-went major refurbishment at the shopping complex during last year resulting in Christmas spend increasing by more than 8% compared to 2015.

And Boxing Day was the busiest in Liverpool ONE’s history with 96,000 visitors – a 7% increase on the previous record which was set in 2015.

Retail bosses said today they are delighted with the success of the previous 12 months and put this down to three main factors.

The strong line-up of new stores and restaurants which have chosen to invest at Liverpool ONE, including Victoria’s Secret and The White Company.

The continual investment by existing stores to expand, including the impressive new Apple store.

The visitor experience offered at Liverpool ONE, not just retail and dining but a full entertainment programme too, including school holidays activities on Chavasse Park, local art installations and most recently the addition of the Lego Train attraction and augmented reality Fairy App to the festive line-up.

“We’re seeing more people visiting Liverpool for shopping than ever before and research shows that more people are likely to recommend Liverpool ONE to their family and friends ahead of any other retail destination in the UK.

“With new brands likes Urban Decay, The White Company, Jack Wolfskin and Victoria’s Secret joining Liverpool ONE during 2016, the offer is exceptionally strong.

“The wide and varied visitor offer which we provide for everyone – young, the more mature and families – is also a strong draw. When people think of Liverpool ONE they know they will experience far more than just shopping.

“We are also seeing many customers repeatedly using Click and Collect services which is also growing in popularity. Having researched and often reserved part of their purchases online before their trip, gives them more time to enjoy the whole city centre experience.

“By clicking and collecting people can take advantage of the extra time on their hands, enjoying our entertainment offer, the park or drinks or food at one of our many bars and restaurants.”

And in addition to these, major investment has been made in relation to re-fits and expansions, by: Apple, Pizza Express, Footasylum, Jungle Rumble, Splendid and YeeRah.

“We are delighted with the new and exciting brands which are being attracted to Liverpool ONE or have been inspired to invest in their stores through major re-fit or expansion. We believe our continuing strong performance is a factor in this.

“We have closed 2016 in a very strong position. I am now looking forward to further growth and success stories as we build on our 2016 visitor experiences here at Liverpool ONE and move through 2017.”