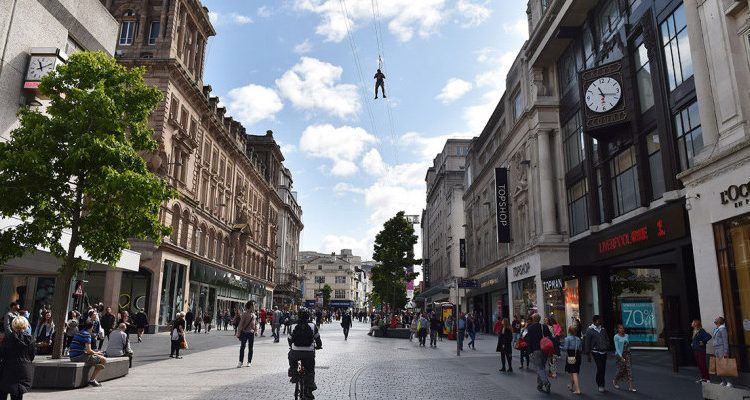 Liverpool wire is zipping back

The UK’s first city centre zip-wire ride is returning to Liverpool this month for an extended run. 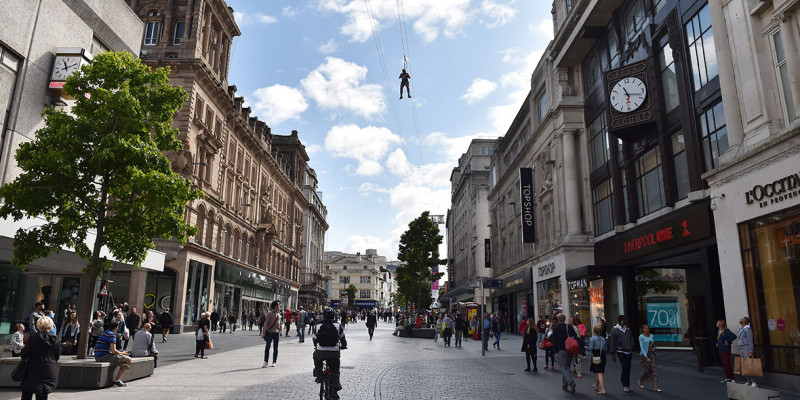 After wowing the city for 4 weeks last summer, the giant attraction is back by popular demand for an 8 week stint launching on Saturday, 18 July.

The “Liverpool Wire”, which attracted riders from cricketing hero Freddie Flintoff to Liverpool’s Lord Mayor, helped raise more than £150k for charities in 2014 and it’s hoped daredevil fundraisers will beat that figure this summer.

Hosted by Liverpool BID Company, the ride will see thrill seekers ascend a 115 foot station on Church Street – Liverpool’s busiest street – before high-flying over thousands of shoppers at speeds of up to 40mph.

Delivered by  the Mellors Group events company, it will deposit breathless users about a minute later, after travelling more than the length of the premier league pitches at Goodison Park and Anfield combined.

The Liverpool Wire, sponsored by Juice FM, will be priced at £20 at the gate and £15 for charity fundraisers. (Note: Evidence must be shown of raising at least £50 to receive the fundraiser discount)

There will also be a £5 discount for bookings made on-line at www.liverpoolwire.co.uk and free rides will be up for grabs for those who sign up to the Facebook page: https://www.facebook.com/pages/Liverpool-Wire/325921027582180

The giant ride will be operational until Sunday, September 13. It will be open from 10am to 6pm Sunday to Thursday and 10am until 8pm on Friday and Saturday.

“The Liverpool Wire was an amazing attraction for the city centre last summer. As well as the public reaction, we were just as delighted with how businesses and their employees embraced it and used it to fund-raise for their own charitable causes. And with double the number of weeks this year, we hope it will generate even more gasps, smiles and funds for very worthy causes.’’

“We’re thrilled to be bringing the Liverpool Wire back. We had such an amazing reaction and know countless people who didn’t get a slot due to the demand who’ll be able to do it this summer.”

“Juice is all about Liverpool and this attraction is something that will get the city talking. We will be giving all our listeners the chance to experience the thrill of wire all summer long.”

Juice will be choosing a “Zip of the Day” every day throughout the summer for best Tweet/Phone call/text or facebook post each day. The winner will get to ride the Liverpool Wire, for free!

Number of heritage buildings at risk reaches all time low